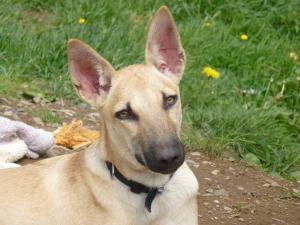 Mayor Saidai Duraisamy and Corporation Commissioner Vikram Kapur inspected the work on Saturday.
As many as 2000 dogs will be accommodated in the shelter in Kannamapet.  An official of Chennai Corporation explained that over 5 percent of the 170,000 dogs in the city are infirm. The employees at the shelter will take care of such animals. Often, breeders find certain dogs to be not of use and abandon them. These dogs will be brought to the shelter where they will be cared for until they die.

He official also noted that, “The shelters will not violate any animal birth control rules. It will accommodate animals forced out because of territorial nature of the dogs,”

The lack of suitable space for dog shelters had forced the Chennai Corporation, or government, to earmark excess space in burial grounds for dogs. The civic body has around 34 burial grounds. The work on identification of unused burial grounds in added areas is underway for the construction of more such dog shelters.

Each of the 15 zones will have one dog shelter each in the first phase. Kannamapet is being developed as a model dog shelter. All of the shelters will be have uniform designs with a minimum of 12,500 sq ft of land for each of the dog shelters.