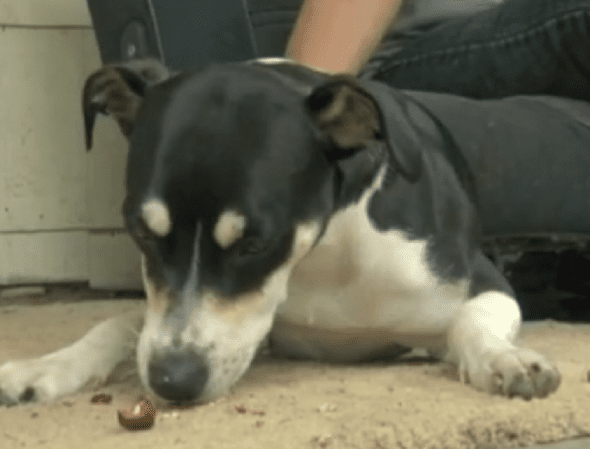 Michael Wayne Brown is crediting his dog for saving his life after he suffered a stroke.

Brown doesn’t remember much of what happened. He went into his bedroom to turn on his air conditioner and the next thing he knew there was an ambulance.

Brown suffered a stroke while in the bedroom and he fell between the bed and the wall. Thankfully, his dog Cookie had followed him as she always does. When Brown collapsed Cookie sprang into action and got help.

“She would not leave my wife alone. She went in there and bit my wife,” said Brown.

Brown’s wife had no idea what was going on and followed Cookie into the bedroom. That’s when Cookie ran to the other side of the bed and led her to where Brown had collapsed.

Cookie’s quick actions very well saved Brown’s life as doctors told his wife, “You better be lucky that she was around because your man wouldn’t have been.”

The Browns are both extremely grateful for their 10-month-old Cookie and are spoiling their hero.

“She gets anything she wants now,” said Brown.