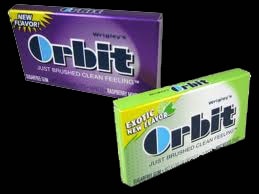 9-year-old Riley and 2-year-old Piper gave their family a serious scare after a gum chewing episode nearly took their lives.

Craig and Milissa Mill said they returned home after a couple of hours spent running errands to find Orbit Sugar-Free Gum wrappers all over the floor. Having recently read an article regarding the toxicity of Xylitol, the Denver couple wasted no time getting their Schnauzers to the vet, a move that may have saved their lives.

“If we hadn’t read this just a few months ago, we might not have thought anything of it,” Milissa Mills said. “We could have two dead dogs on our hands, which we are very fortunate not to.”

Symptoms to watch for in case of suspected Xylitol consumption are: collapse, seizures, or a loss of coordination.