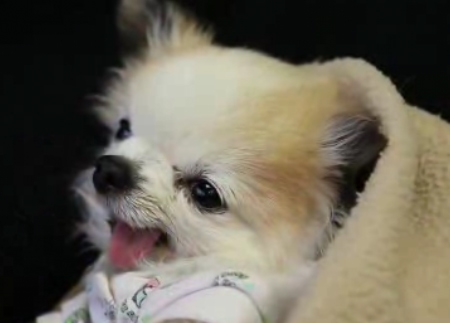 An 8-year-old, 3-pound Chihuahua was miraculously saved via CPR after he was bitten by another dog. The incident took place in Chicago while the dogs were being taken care of by Dr. Larry Kosinski – who was watching Sunday football games. The dog stopped breathing and had no pulse when Kosinski began CPR. According to the Chicago Tribune, the Chihuahua named Valentino was rescued months earlier from a puppy mill. Kosinski is certified in cardiopulmonary resuscitation and quickly went to work on Valentino after he was bitten and had stopped breathing.

“It’s not that different from what you would do on an infant,” said Kosinski. He gave Valentino a set of two quick rescue breaths, used his index finger and thumb to create a seal around the dog’s muzzle, and then putt his hands around Valentino’s chest with two thumbs around the sternum to begin compressions. Valentino’s chest rose after the rescue breathing, and his owner quickly saw life returning to him.

3 thoughts on “Chihuahua Saved by CPR”