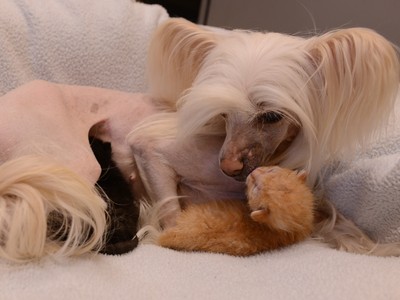 Zelda is a little dog who immediately adopted two 5 day old kittens when they entered her home as fosters. Zelda does her part to make the babies feel loved.

On April 6 the Burlington Humane Society of Burlington, ON took in their first pair of motherless kittens in need of hand feeding for the season. The helpless 5 day old kittens went into foster care that day, where they would require round the clock care with feedings at two hour intervals.

The kittens’ foster caregiver Heather Ashcroft-Hill is an adoption counselor who is also a trained vet tech. Heather’s little 5 year old Chinese Crested, Zelda, who once had puppies of her own, immediately wanted to mother the little babies with affection from the moment they entered the home.

“I let her see one kitten and let her sniff it, and she immediately started to lick it and nuzzle it,” Heather is quoted saying in a feature at InsideHalton. “She went to the other kitten, who was still in the carrier and immediately tried to get in with her, which was hilarious because the carrier was the size of two kittens. I got a bigger container for them, and she immediately got to work and cleaned them head to foot, and cuddled them.”

Shelter manager Adrienne Gosse spoke about the benefit to the kittens provided by Zelda’s mothering. “It provides psychological well-being and comfort,” she said. “Normally, we just have people hand feeding them and we give them a stuffed animal to snuggle with. That does not compare to the love and attention and affection that Zelda gives them. That makes them well-rounded kittens and helps with their brain and behavioral development.”

The Burlington Humane Society has shared several photos of Zelda and her little charges at Facebook. Here are a few of the photos. 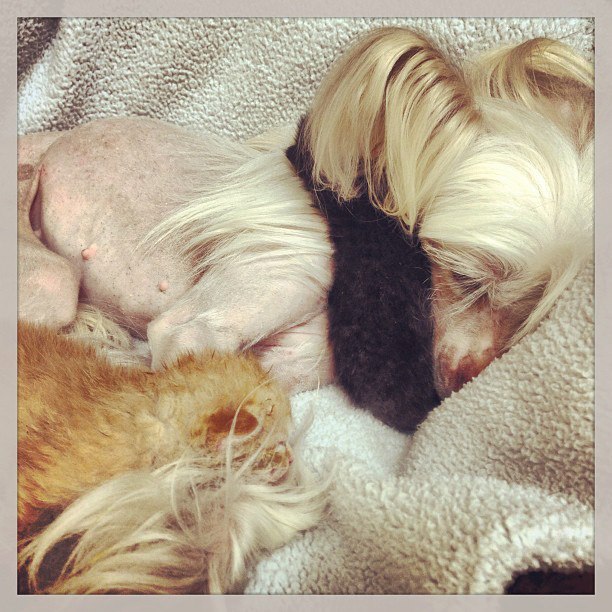 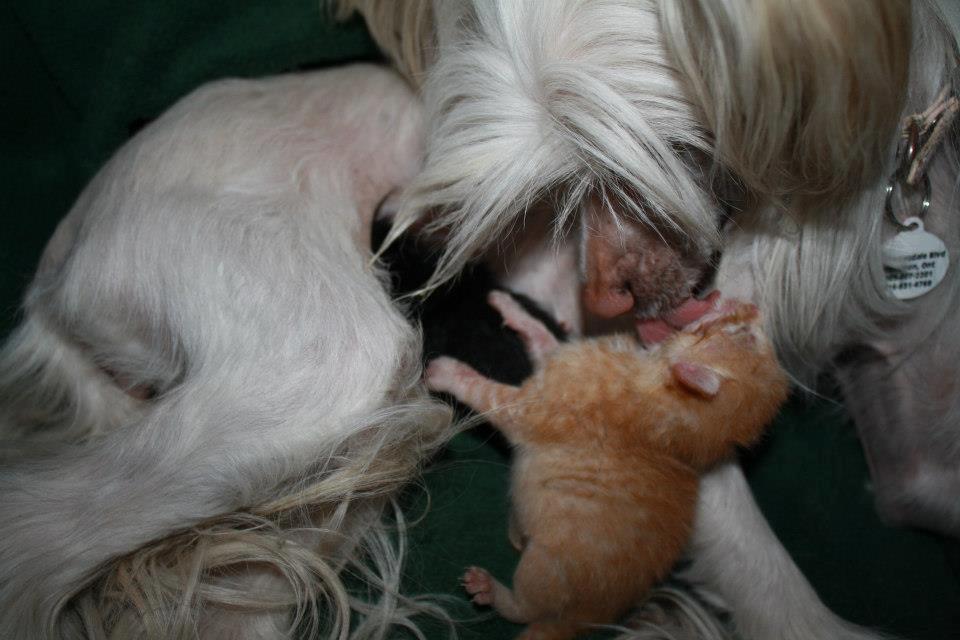 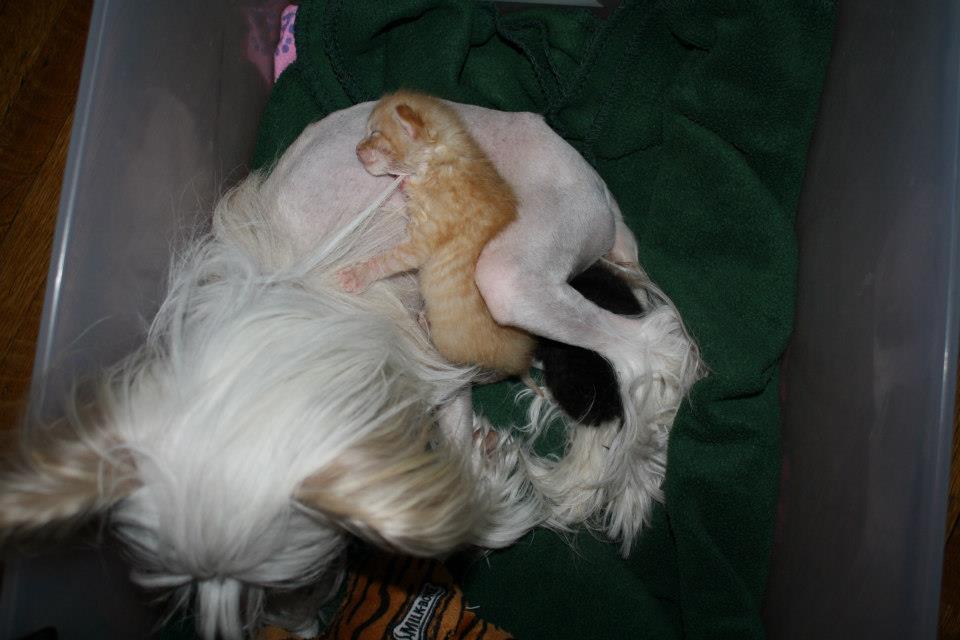