Rupert is such a natural at modeling that you almost forget you’re looking at a dog.  See him run a bath, mow the lawn, and do the laundry with such style that you’ll wish you had your own handsome Whippet!

Janet Burton says the photos of Rupert started by accident when one day the 10-month-old was resting his front legs on the lawnmower at their UK home.

“Rupert had a habit of jumping up and putting his feet up to look at what I was doing,” Burton told the Daily Mail.  “I just say ‘hop’ and he puts his feet up again. His facial expression looks like he is concentrating on the job, like he knows what he is doing.

“I had only taken pictures of pets because my children had grown up. Rupert replaces the human in the pictures. He doesn’t mind wearing the outfits because Whippets wear little jackets in the winter. The magic comes from his expressions.”

Now he has learned how much fun his posing can be.

“When he sees me with (the iPad) he starts wagging his tail and jumping up and posing because he knows he is going to get treats.”

Burton began sharing her photos online, which are enjoyed by people all over the world.  Her favorite compliment about the photos came from a man whose mother was having a particularly bad day while fighting breast cancer, and said the photos helped cheer her up.

“Sometimes it is the little things that make a difference,” Burton commented.

To see more of Rupert, check out his Facebook page. 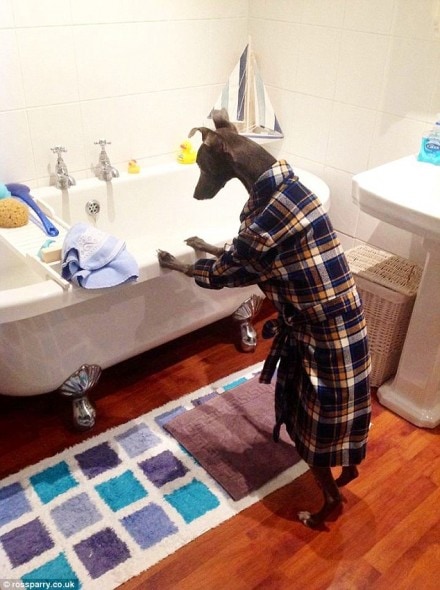 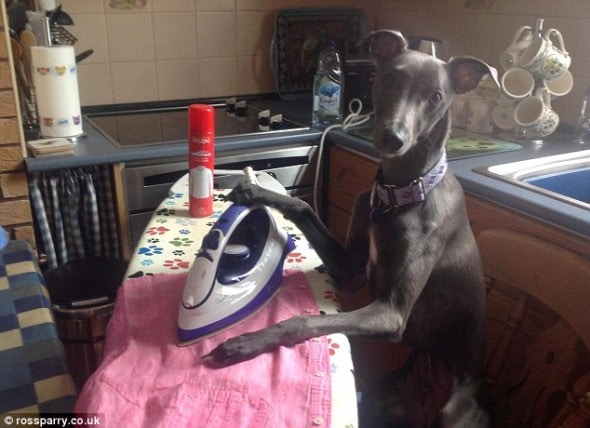 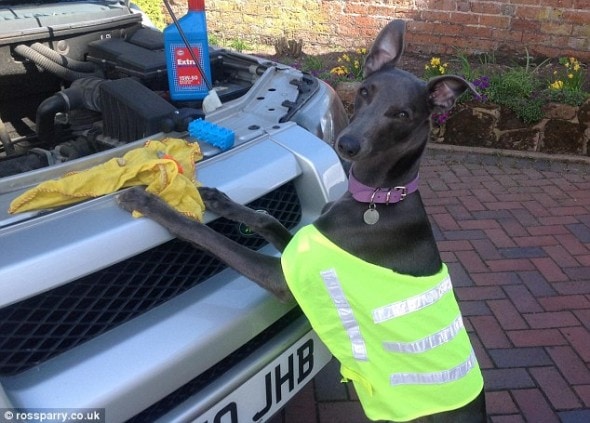 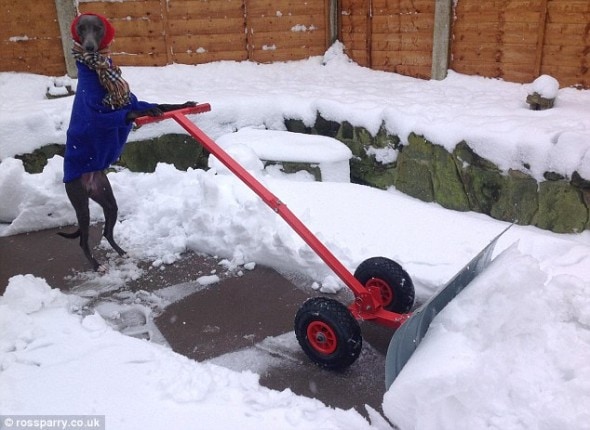 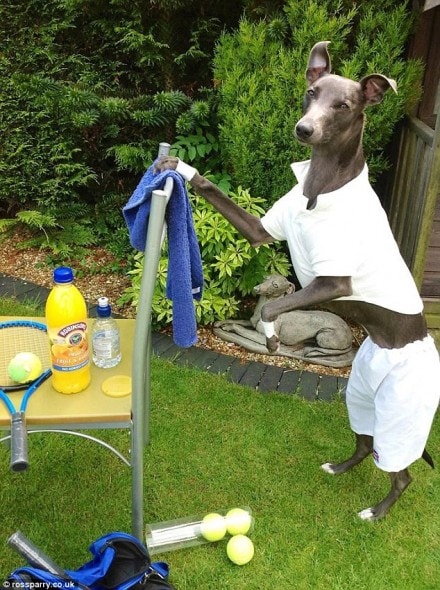 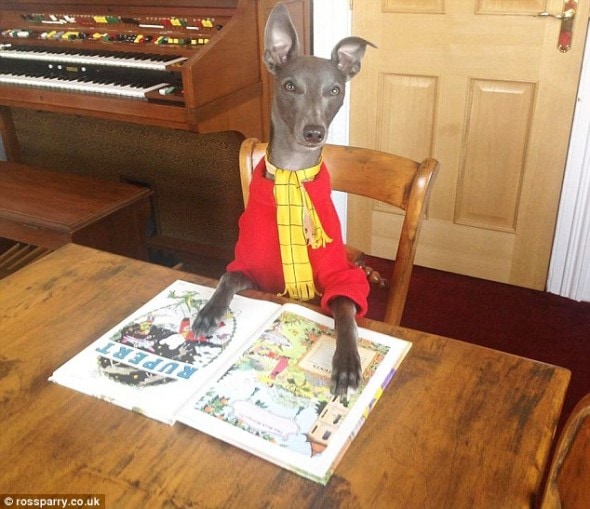 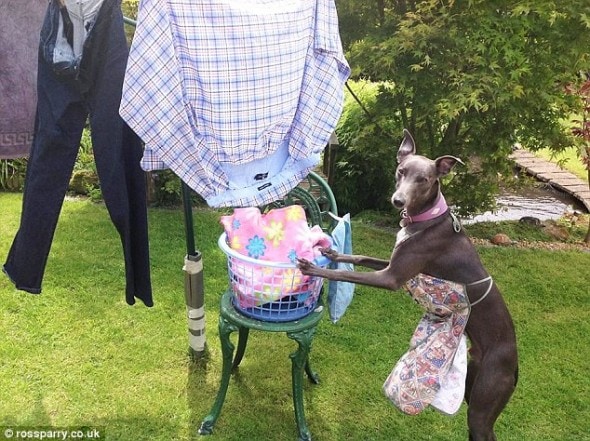 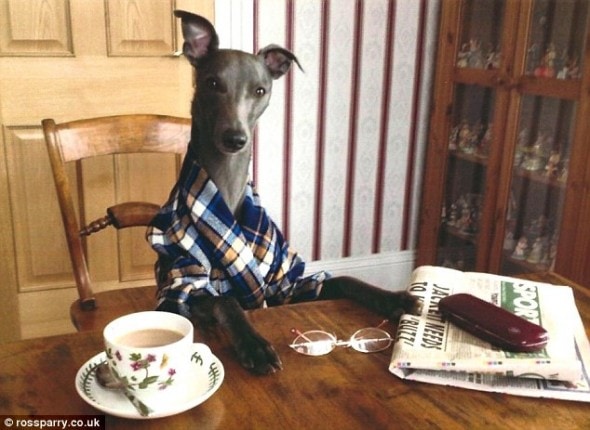 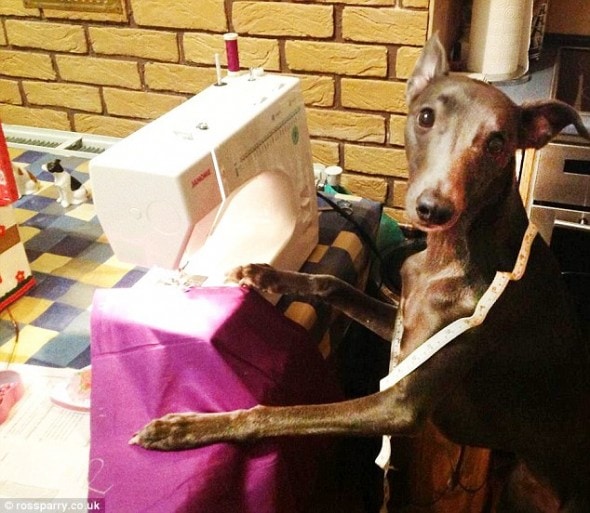 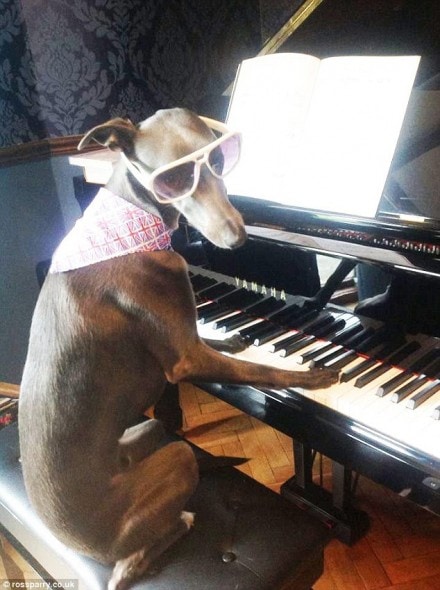 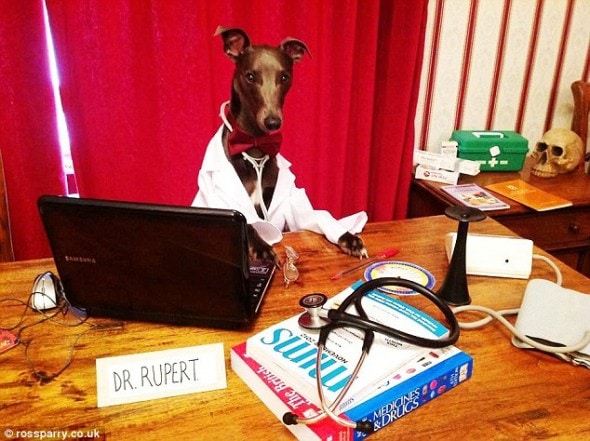 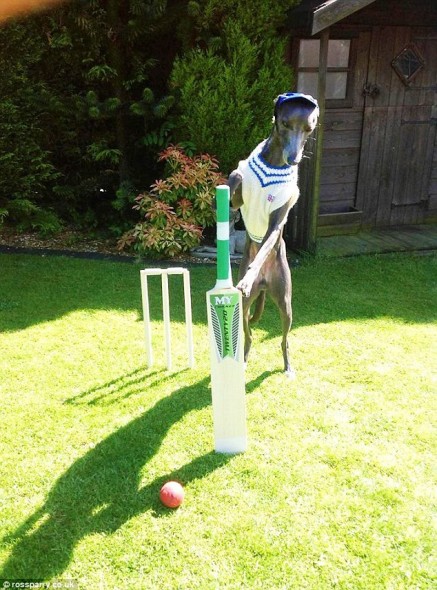 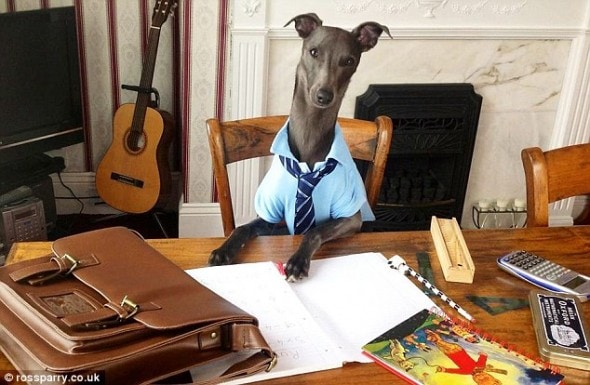 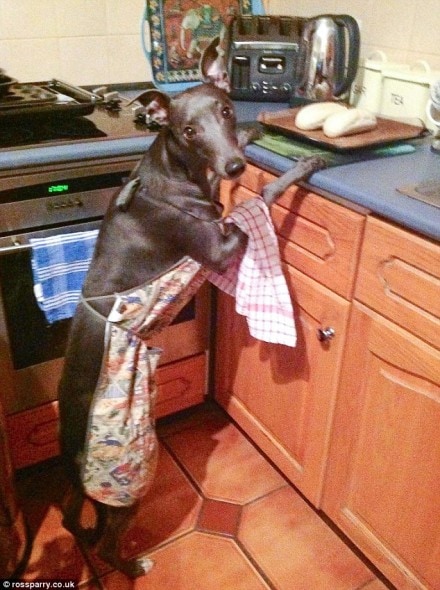 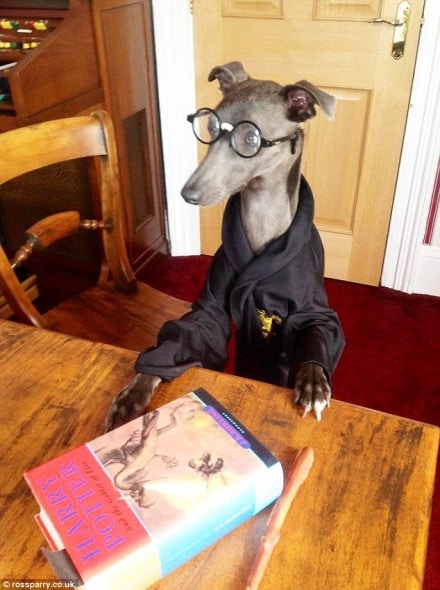 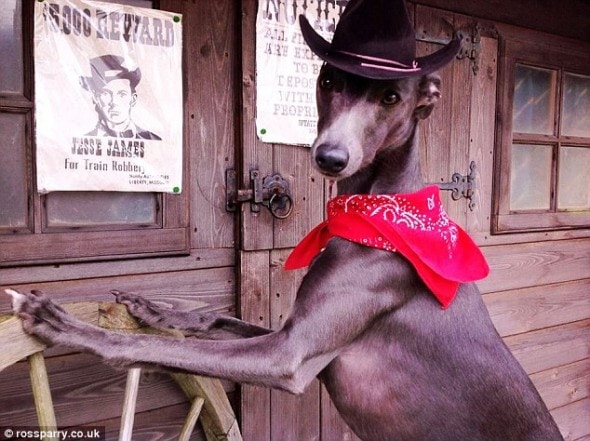 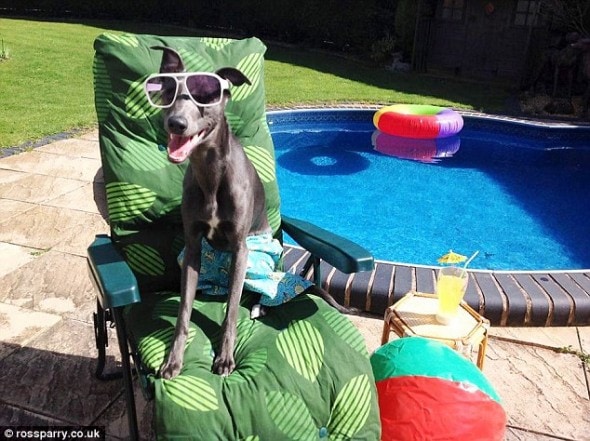 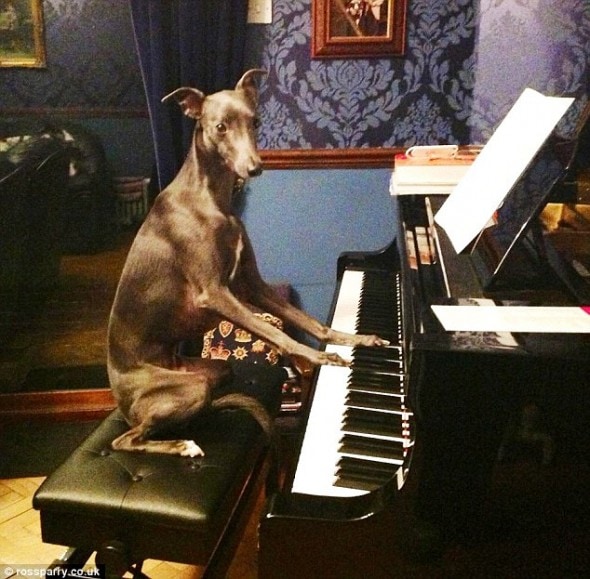 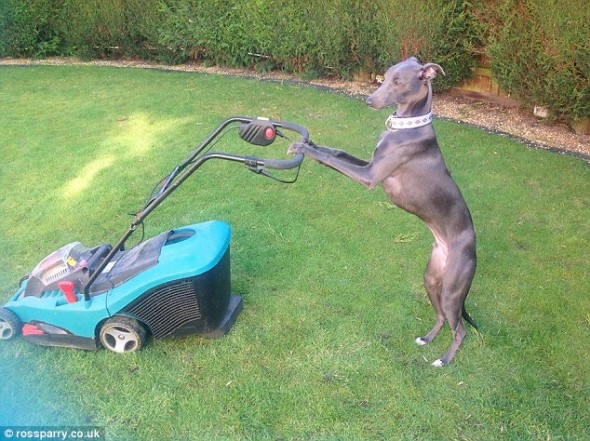 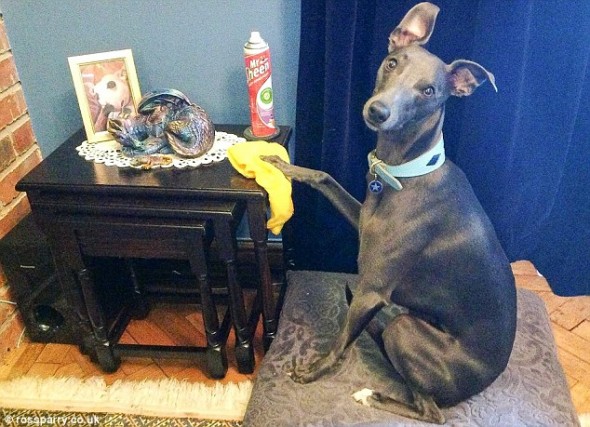 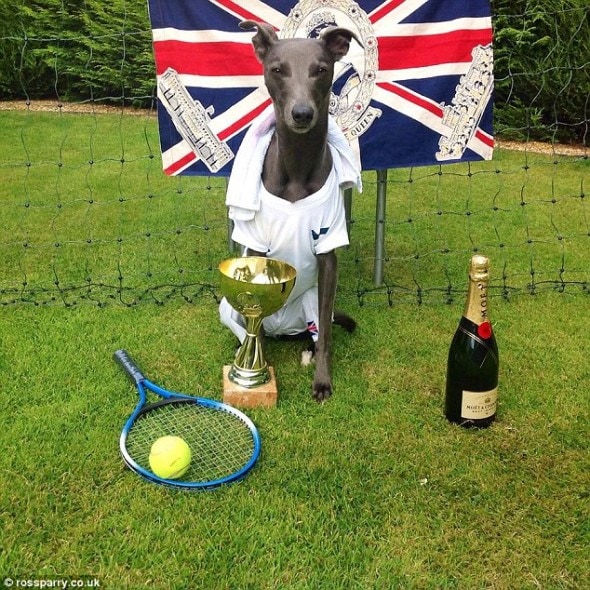 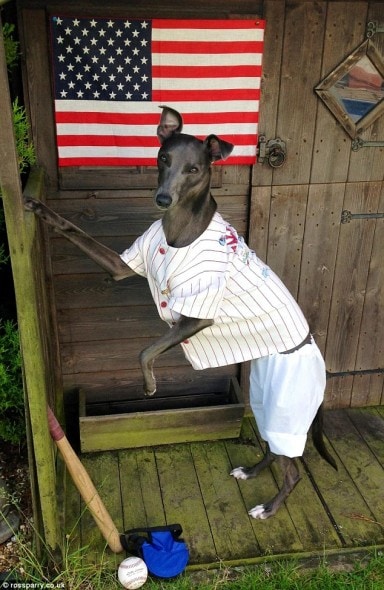 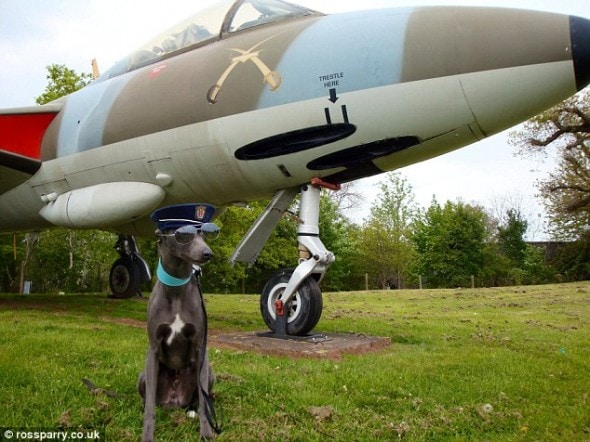 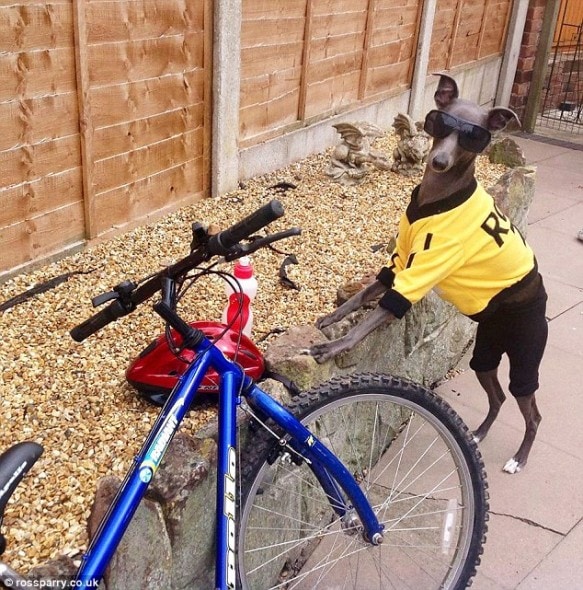 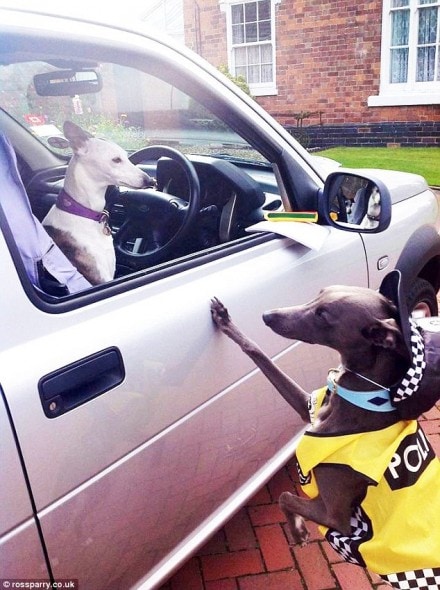 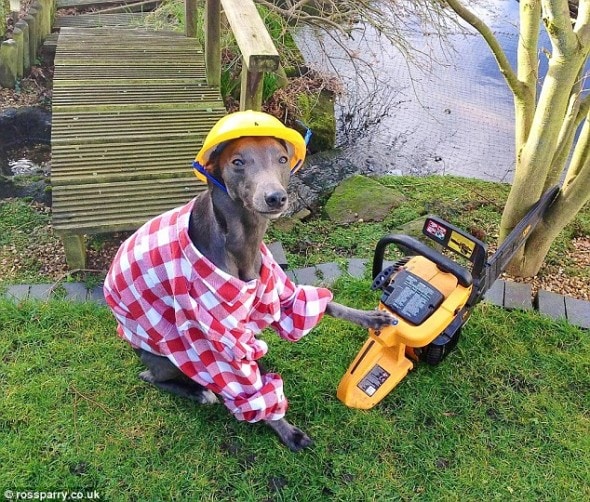 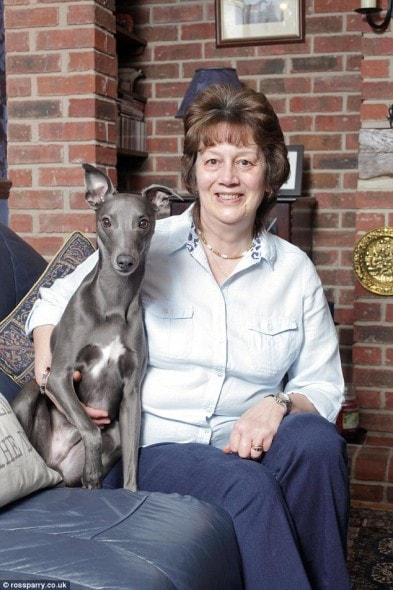 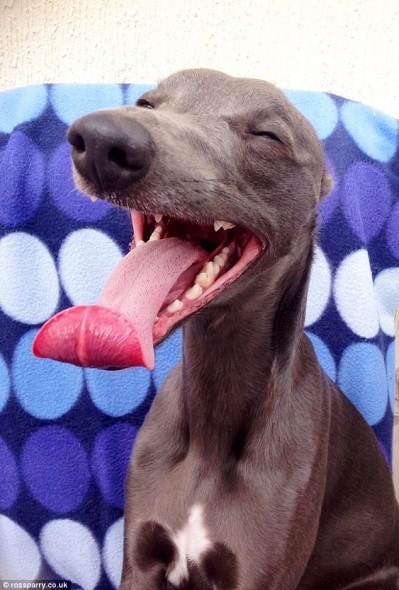