When people are looking to adopt a dog, they usually search for a healthy dog that has no clear behavior issues and would be an easy addition to the family. While this is understandable, it takes a special family to commit to adopting a dog with a known health condition.

Thankfully, such people with big hearts exist and one such family recently chose to adopt Leo, a sweet and playful little cocker spaniel with cerebellar hypoplasia who had been waiting for his forever home.

Cerebellar hypoplasia is a disorder found in dogs and cats that is somewhat similar to ataxic cerebral palsy in humans. It causes jerky movements, tremors and generally uncoordinated movements. Many animals with the condition fall easily and have trouble walking steadily, if they can walk at all. It occurs because the cerebellum, which controls fine motor skills and coordination, is not completely mature at birth.

Cerebellar Hypoplasia is non-progressive, meaning it does not get worse with age and animals can learn to compensate for the disorder. However, many adoptive families are still nervous of bringing such pets into their homes, as they worry the pet will take too much of a commitment, leaving many animals with the condition lacking a family to call their own. 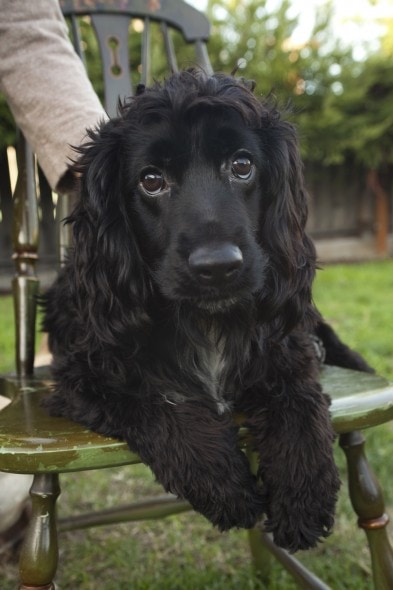 Leo has learned to live life to its fullest despite his disorder, rambunctiously playing and also cuddling up to those he loves. Likely as a result of his condition, the smart little guy is also very observant of everything around him.  Unfortunately, he is still unable to walk fully on his own and uses a doggy wheelchair to get around, which you can see on the video.

Leo will now have the love and care he needs in a home environment, something that is ideal for all animals, but especially with those facing a lifelong condition like cerebellar hypoplasia.