A walk was held yesterday to bring attention to the mysterious death of a pet who went missing from her Cleveland area home on January 13th.  About 130 people gathered at a local school to honour the life of Sienna, a loveable Amstaff Pitbull mix who found dead in an icy pond with a gunshot wound in her chest.  “This is not over and Sienna’s death will ring loud to bring more awareness to the atrocities to our animals this region and state have endured,” said Sienna’s owner. 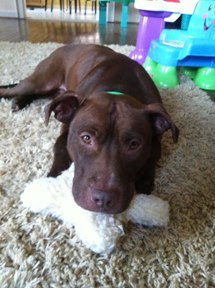 The aim of the “Justice for Sienna” walk was to raise awareness about animal abuse and hopefully jog someone’s memory about what happened to the family’s beloved pet dog.  Participants in the walk included friends, animal lovers, and pet advocates who are outraged by the killing and apparent disposal of Sienna’s body in the pond.  The Nitro Foundation, an organization pushing for tougher animal cruelty penalties, and Elite K911 will also be at the walk. 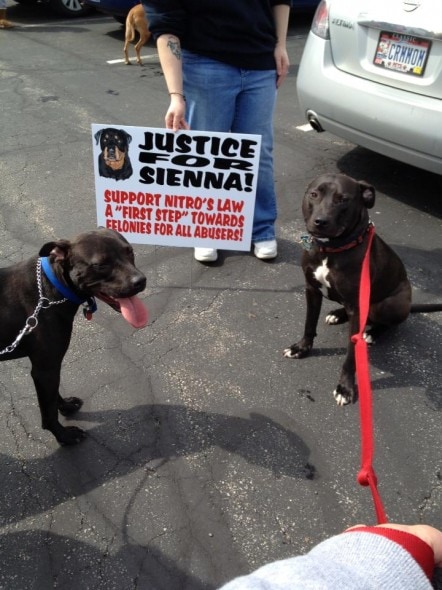 One participant said she was taking part to honour all that dogs that do for us personally and as a community. “Dogs serve side by side our soldiers, protecting them in dangerous situations. These dogs don’t want a medal; they just want to be cared for.  Dogs are members of our police force, carrying out tasks that as humans we could never do. These dogs don’t want to be rewarded; they are happy with a game of fetch when their work day is over. Dogs are all around working as guide dogs, service dogs, search and rescue dogs and therapy dogs. These dogs don’t want to be paid; they only hope to be treated with kindness…I never had the honor to meet Sienna, but she will always have a special place in my heart.” 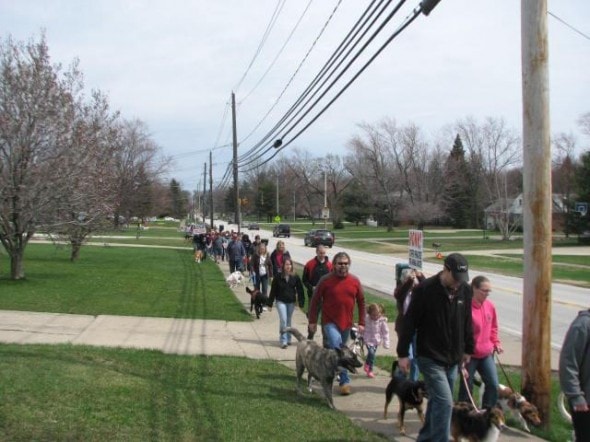 Sienna had gone missing from her home in January and her owners did everything they could to find her.  They searched and searched, made a Facebook page, and posted rewards, all to no avail and were devastated when Sienna’s body was finally discovered but they have not given up hope that the mystery of Sienna’s death will be solved.