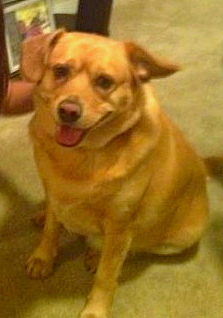 The family of Buddy, a golden retriever mix, has been fighting against the city of San Antonio to keep him alive after he bit a girl in November. Though he was provoked, a judge ordered him destroyed. But now he has been released into the custody of the family vet, and the judge may soon reverse his decision.

Buddy was out for a walk with 83-year-old owner Homer Mojica when an excited 9-year-old girl ambushed Buddy and screamed in his face. Frightened, the dog attacked. The girl’s mother says he bit her daughter unprovoked, but Mojica says the injuries to her face came from Buddy scratching her out of fear.

The six-year-old dog is described as friendly, with no history of aggression, but that didn’t stop the city from seizing him. When Homer took the stand in court, he earnestly described the great care he took of his dog. Buddy was walked four times a day, given treats by the breakfast table, and joined Mojica on the bed to watch tv in the afternoons. Even the girl’s mother said she had never seen Buddy act aggressively before the day of the incident.

Despite a clean past, Municipal Court Judge Daniel Guerrero condemned Buddy to death based on one testimony by Animal Care Services: 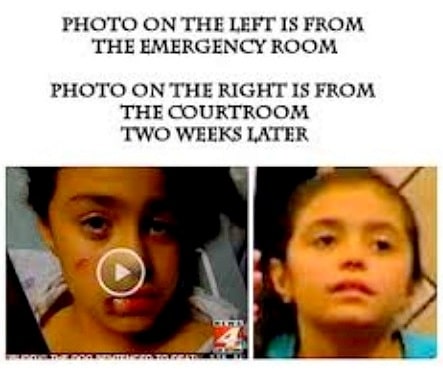 “The nine-year-old girl suffered a crushed tear duct, a large/long gash that laid open her cheek that started just below her eye and extended to her lip. The corner of her lip was also lacerated/torn and had to be sewn back on. In all, her injuries required over 100 stitches to her face. She was hospitalized and had to undergo surgery to repair the tear duct. There is still a drain in her tear duct and she may require additional surgery. According to her parents, she also has emotional issues to deal with following this incident.”

While being attacked by a dog is no doubt painful and traumatic, the injuries apparently sustained by the girl seem to have been exaggerated by ACS, as the only medical evidence introduced to the court is the photo of the girl after her injury.

The city provided no medical testimony, and made its decision based solely on the word of ACS investigator Jessica Travis, who only saw photos of the girl, and didn’t even examine her. Guerrero believed the “evidence” met the criteria for “serious bodily injury” as defined by the state of Texas, and continued pushing for Buddy’s execution.

He rescheduled a hearing in three weeks so Homer and Kathryn Mojica’s attorney, Michelle Maloney, could file motions asking for a jury trial, an independent medical evaluation of the girl and an expert behavioral evaluation of the dog. Buddy sat in a cold, lonely kennel while Guerrero went on vacation. When he returned, Guerrero rejected all of her motions.

Maloney will be challenging the constitutionality of the law, which does not account for a dog’s self defense in cases like these, where a dog attacks only because it feels threatened. 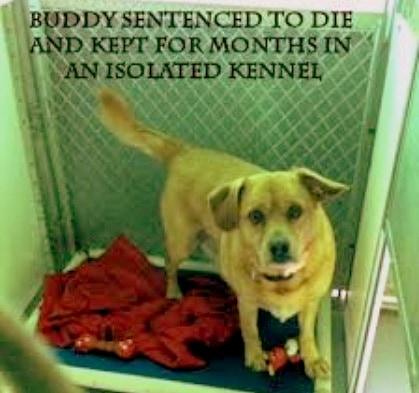 Mojica was willing to do whatever was necessary to save Buddy, including having him labeled as a dangerous dog, which would require having him muzzled in public, having an additional insurance of $100,000 every year, and moving from his apartment complex.

After a whirlwind of negative publicity surrounded the city and Judge Guerrero, Buddy was recently released into the custody of the Mojicas’ veterinarian, where he can be visited by his family. Even Mayor Julian Castro spoke about the situation.

“It’s important of course that there are consequences for the fact that a little girl got harmed. However, I’m confident that something can be worked out short of euthanizing the dog,” he said. “I’m confident that another agreement can be reached so that the dog can live, and we’ll go ahead and take a look at the way that these cases are handled in the future.”

Negotiations are ongoing, and while this clemency may only be temporary, the time is giving Buddy a better chance to be permanently cleared at an appeal.

A rally at the Alamo Plazo is planned for noon on Saturday, January 18th.

“Trust me, we WILL make the National news once I am arrested in my wheelchair over this travesty of Justice!,” exclaimed rally organizer Vicki Lynn Jurney-Taylor.