When Robert Kugler took his chocolate Lab, Bella, to the vet for what he though was a shoulder injury, the routine visit turned serious on a dime.

“They said, ‘This is the worst news we could give you. She has advanced osteosarcoma, and it’s already spread in her lungs. Take her leg today, or put her down'”

Kugler, a Nebraska resident who had adopted Bella as a puppy nine years previous, made the natural decision; Bella’s leg was amputated. But even as a good-natured canine amputee, Bella’s prognosis wasn’t the best. Vets gave her just three to six months.

Fresh out of school, instead of going to work, Kugler decided to make the last months of his best friend’s life the very best. What began as a trek to the Marine Corps Ball in Chicago — Kugler is a veteran — turned into something of an impromptu road trip as the pair headed east on a trek full of love and adventure. 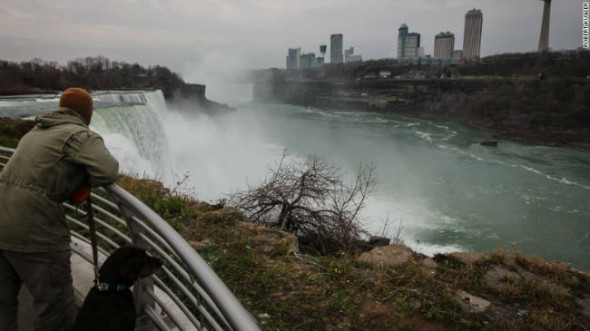 “I feel like right now this is my purpose. It’s the chapter in my life right now is just exploring with my dog,” he told reporters at Nebraksa NBC afilliate WOWT.

From Cleveland to Niagara Falls, Philly to the nation’s capital, and south to the Florida Keys. The list is far longer and still growing. At each stop, the pair alternate between nights camping in Kugler’s SUV and staying with friends.

People have been incredibly supportive, even strangers.

“’Please don’t stop, keep going’. ‘In any way that we can help let us know.’ And the biggest way is just to have a place to crash when we hit their area,” Kugler explained.

This is a decade in which Kugler has endured the loss of other close loved ones. He says this experience is helping and he hopes it will inspire others to live better. 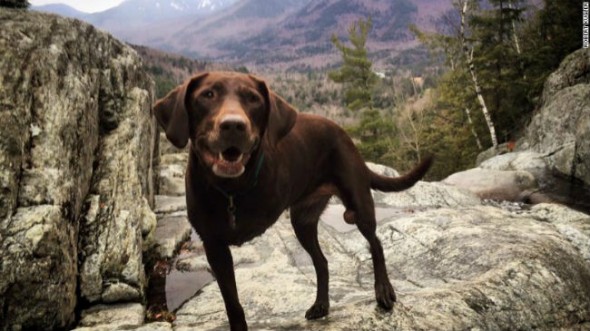 “I just saw firsthand what happens when you don’t do what you want to do in your life and that’s that you don’t get to do it,” said Kugler.

Although vets gave Bella just six months, she’s now at 14 and still going. Kugler says he’s not sure when the tour will end. You can follow their journey at RKLifeIllustrated and on Kugler’s Instagram account.