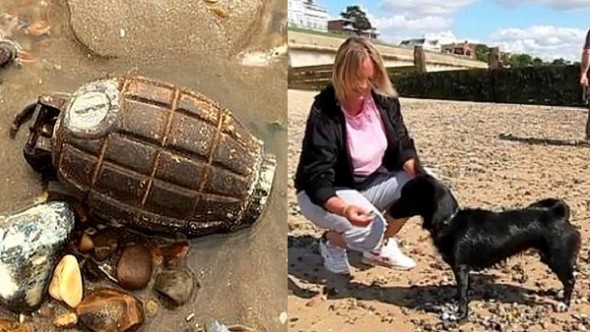 A UK dog and her owner had a close brush with death recently while they were on the beach.  Clair Watson was about to throw what she thought was a stone for her dog Bonnie, when she realized that it wasn’t a rock, but an old, corroded hand grenade.

Clair was tossing pebbles for Bonnie at a beach in Dovercourt, Essex on Sunday when she noticed that one of them felt strange.

“I turned it around in my hand and realized it wasn’t a stone – it was some sort of grenade because the top of it had a pin,” she said.  “I panicked a bit because I thought, ‘if this goes off, I’m in trouble.’ 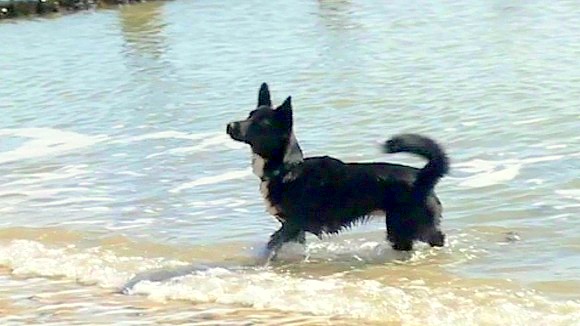 “I gently put it back down in the sand and kept my dog away from it.  I said to another dog walker, ‘Have you got a phone?  I need to phone the police.’”

Bomb disposal agents arrived quickly and sealed off the area before taking the grenade away.

“There’s probably people out there thinking, ‘how can she pick up a grenade and think it’s a stone?’  But because of the color of it, it wasn’t a normal grenade like a pineapple one with the ridges in it,” Clair explained.  “It was so corroded that it was completely brown.  The pin of it was embedded in the sand, so that’s where the confusion came from.” 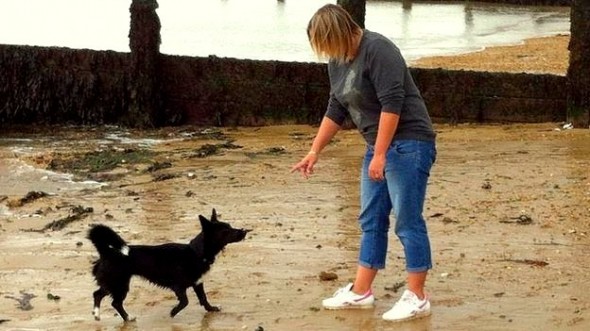 This is the fifth grenade to wash ashore in the area in as many weeks.  Essex police believe a sunken wartime crate may have been disturbed by something, causing the grenades to surface.

Specialists are being brought in to conduct thorough sweeps of the shore.  Beachgoers in the area are advised to be careful, and to not touch the grenades and call the police.

“It was quite scary and surreal,” Clair said.  “I was holding something that was technically extremely dangerous.”