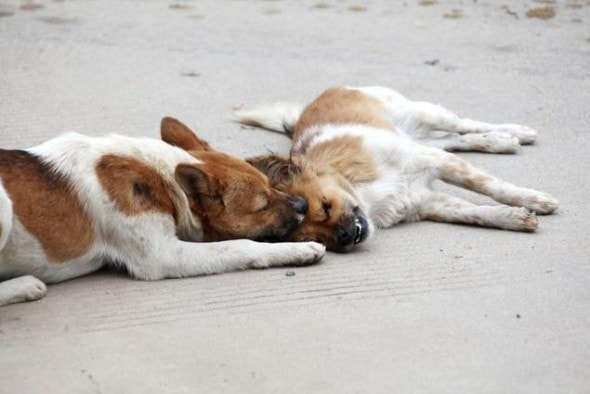 These photos show a scene that is deeply saddening, but remarkably heart-touching.  A stray male dog in Zhangzhou, China stood over his deceased female companion who had likely been struck by a car, all while risking being struck himself.

He is known to locals as Zhangzhou, and was heartbroken when his mate was killed.  Butcher Xiao Wu said he frequently saw the pair playing together, and had just begun feeding them.  He watched as the forlorn dog licked his friend’s face and lovingly nudged her with his nose, as if trying to wake her.  He tried to hug her, and Wu could swear he was crying. 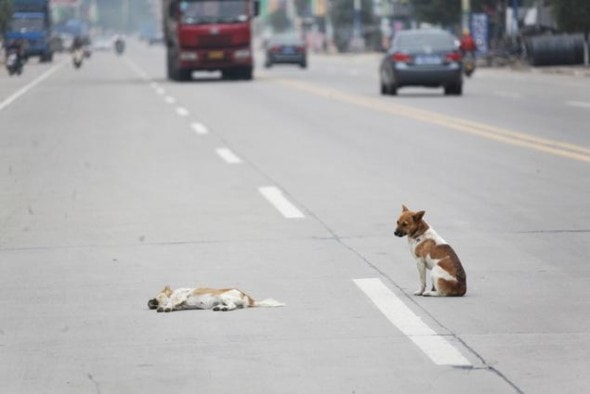 “He stayed beside her the whole day, licking her and pushing her, trying to wake her up.  It’s very touching,” Wu explained.  “Then he pushed her with his head, and licked her face.  I even saw tears.”

Perhaps people were afraid of the oncoming traffic, are desensitized to seeing dogs struck by cars or just have cultural differences that cause dogs’ lives to not be as highly valued as they are in the US, but no one appears to have attempted to move either dog from the street for some time.  Zhangzhou held his vigil for his lost loved one for over six hours. 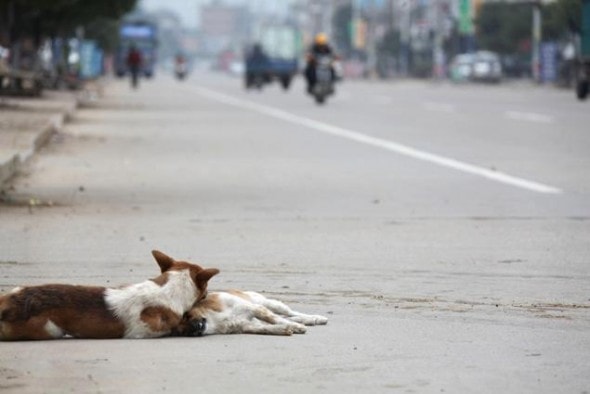