A 10-year-old dog found buried alive in France has been rescued and is recovering, thanks to a dog and owner who happened to see her head emerging from the ground.  Her former owner is now facing prison time and a $30,000 fine.

Pedro Dinis was walking his dog in Carrieres-sur-Seine, which is west of Paris.  His dog began behaving peculiarly, and he noticed the Dogue de Bordeaux buried up to her head.

She was surrounded by rocks, which are believed to have been thrown at her after being buried.  She was also attached to a large sack filled with gravel (to keep her from escaping).  Dinis called emergency services, who rushed the badly “shocked and dehydrated” dog to a veterinarian. 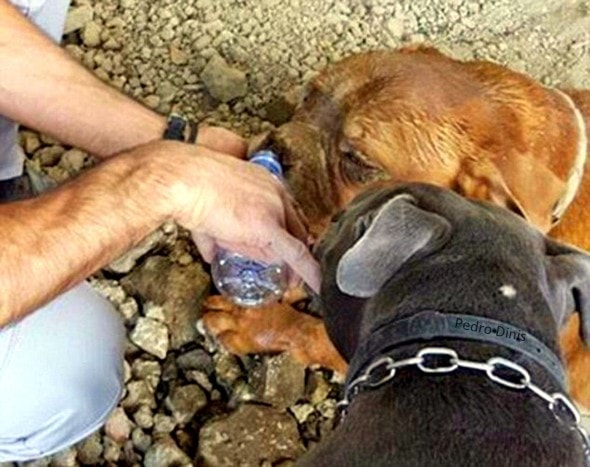 Police were able to quickly locate the dog’s owner, who denied his involvement in her abuse.  He claimed that she ran away.

“The dog is more than 10 years old and suffers from arthritis. It’s difficult to imagine her running away,” said an inside source.

“It’s horrible. There are no words. If you no longer want your pet, there are people who can put them in centers… But this is pure sadism,” said Dominic Berger, the general secretary of the Animal Defense Association in France. 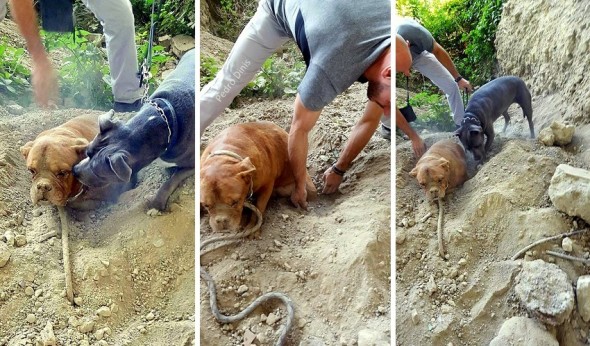 “How could someone do such a thing? It’s impossible.  One thing is certain, someone who is capable of doing such a thing poses a problem for our society.  Unfortunately, it’s not an uncommon incident. We find dogs who have been buried half alive or hung.”

A petition has been created, demanding that the abuser be sentenced with the maximum punishment.  It has already garnered 350,000 signatures.

Thankfully Dinis and his dog were in the area to save the poor girl, whose name might be Athena.  A friend of his has even taken to comparing them to superheroes. 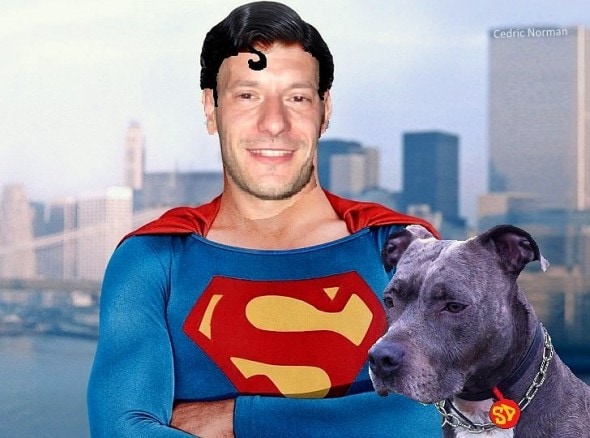 Best Dog Foods for Doberman Pinschers
Doggy Diarrhea
VIDEO: This hilarious, leaf-loving Lab is the antidote to Mondays.
Natural Balance
What’s the Best Dog Food for Your Bernese Mountain Dog?
Do German Shepherds Smell? Why & How to Make Them Smell Better
How to Raise a Puppy: Recommendations from a Vet
Nulo

1,118 thoughts on “Dog Buried Alive Saved Because of Another Dog”