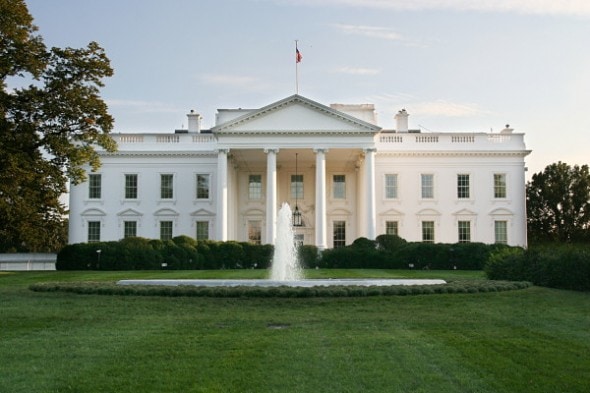 The jumper was apprehended trying to make his move at the north fence line on the property.  Los Angeles Times spokesperson Ed Donovan reported that the intruder hopped the fence and made it onto the lawn.  The dogs were quickly dispatched and the suspect was immediately arrested without further incident.

The jumper is identified as 23-year-old Dominic Adesanya of Bel Air, MD.  He was not armed at the time of his arrest.

Adesanya’s attempt comes only a month after someone else made an attempt to get into the White House illegally.  An Iraq war veteran with a pocket knife jumped the fence and ran across the North Lawn and through an unlocked door.  He made it into multiple rooms before finally being caught.

After that breach, Omar Gonzalez, 42, was arrested and charged with several crimes including assaulting an officer.  After an evaluation by mental health professionals, Gonzalez has been found “presently not competent” enough to stand trial.

There is no word weather Gonzalez’s attempt on the White House has spurred changes to the White House security measures.  However, Adesanya’s apprehension was much quicker and smoother comparatively speaking.