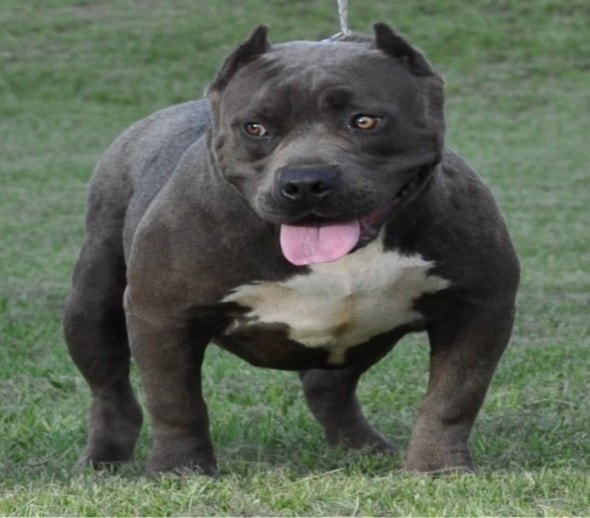 The multi-state dog fighting raid ended in Alabama and law enforcement is saying it was the second largest bust in U.S. history.  Federal agents serving the warrants have rescued a total of 367 dogs from a lifetime of pain and suffering at the hands of some truly evil people.

The 367 dog were pit bull terriers.  They were found tethered to some very heavy chains, some were completely flea and tick infested, and they were kept a good distance apart from each other.

“Animals being spared the life of suffering at the end of a chain or at the hands of somebody in a bloody pit, where they’d ultimately lose their lives,” said Chris Schindler, one of the federal agents working on the case.

This will, however, not be the case for these dogs, as the rescue will provide a second chance thanks to the tireless efforts of state and federal officials.  Law enforcement from the FBI along with state and local police, the Humane Society, and the ASPCA held a press conference regarding the national operation, which covered Crenshaw, Lee, Coffee and Houston Counties.

Eleven search warrants were served in Alabama alone this past Friday.  There were 260 dogs in all taken out of this horribly abusive situation just in that state.  The single largest bust was in Waverley, Alabama where a total of 114 dogs were removed from a single property.

“Today, these dogs are comfortable in the shelter being taken care of by ASPCA and HSUS responders.  They’re getting the food and water and medical care that they needed and they’re finally getting a loving hand from responders who care for this dogs,” said Tim Rickey with the ASPCA.

The fights were not being held at the locations included in the raid.  They were set up more like puppy mills, with training grounds.  There has been a total of 10 people charged with various animal rights violations, along with illegal gambling charges so far.  Officials expect even more arrests to come very soon.