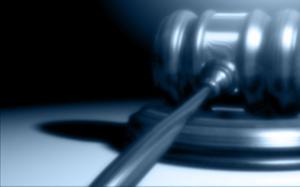 Almost 100 dogs have been rescued from a dog fighting operation and 2 men have been charged after a federal multi state investigation into organized dog fighting, according to U.S. Attorney Barry Grissom.   The dogs were removed and transported by The American Society for the Prevention of Cruelty to Animals, along with help from the FBI, Missouri State Highway Patrol and the U.S. Attorney’s Office.

Pete Davis, Jr., 38, Kansas City, and Melvin Robinson, 41, also of Kansas City, were each charged with one count of buying, selling, delivering or transporting animals for participation in an animal fighting venture.  The pair owned at least 60 dogs, most of which are pit bulls which were trained for fighting.  The animals were kept on a farm in Missouri and at a home in Kansas City and were transported as far away as Dallas for fights.  They allegedly would chain the dogs to treadmills for hours to train them, and make them carry weights around to build strength.

“We are pleased to be able to assist federal, state and local agencies in such a massive investigation, and to safely bring the animals to our temporary shelter where they will receive much-needed care and treatment,” said Matt Bershadker, senior vice president of the ASPCA’s Anti-Cruelty Group.  Dog fighting is a felony in all 50 states and the District of Columbia.  “Dog fighting is not a sport — it is a crime,” said U.S. Attorney Barry Grissom. “Federal law prohibits cruelty to animals on the level of the events that are alleged in these charges.”  He added, “With the impact that we hope in a prosecution like this is the message that it sends out.  That if someone thinks that this is something that is not a priority… that cruelty to animals, like cruelty to children, like cruelty to old people, isn’t something we take seriously, than you’re wrong.”

If they are found guilty, Davis and Robinson will face a maximum penalty of five years in federal prison and a fine up to $250,000.  The dogs have been taken to a temporary shelter where they will be cared for by the ASPCA’s medical team.