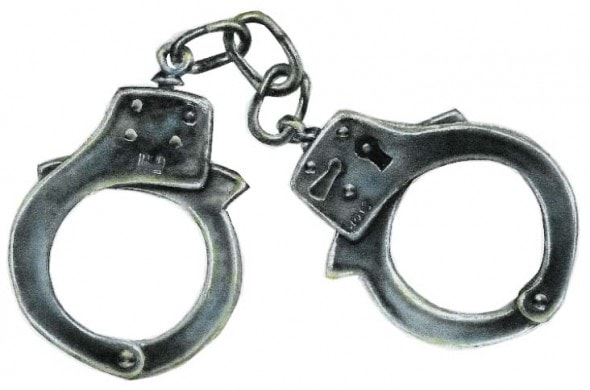 A raid by Halifax County Sheriff’s Office on Sunday resulted in the seizure of 21 pit bulls who were potentially used for dog fighting.  Also seized was drug paraphernalia, and Zhaqwaun Jevontae Gary, 19, of Roanoke Rapids, is facing charges related to the manufacture of marijuana, felony possession of marijuana and maintaining a vehicle/dwelling place for controlled substance (felony).

Confidential sources led to the raid of the property according to Chief Deputy Wes Tripp.  “Upon the arrival of Sgt. Randy Keeton, he reported seeing a large number of cars in the yard and lights on in a shed behind the residence,” Tripp said. “Once he pulled in the yard, he observed several people running to leave the area. Keeton was able to locate the owner of the property. After receiving consent, Sgt. Keeton was able to observe evidence to substantiate the report of dog fighting.”

The dogs rescued included 19 pit bulls and 2 puppies, some of which had past injuries consistent with dog fighting.  Animal Control Officer Robert Richardson indicated that a dog fighting pen, dog training weights, syringes and animal medication were located.  More arrests are pending in the case but the dogs are now safe and being treated.

2 thoughts on “Dog fighting ring broken up in North Carolina”