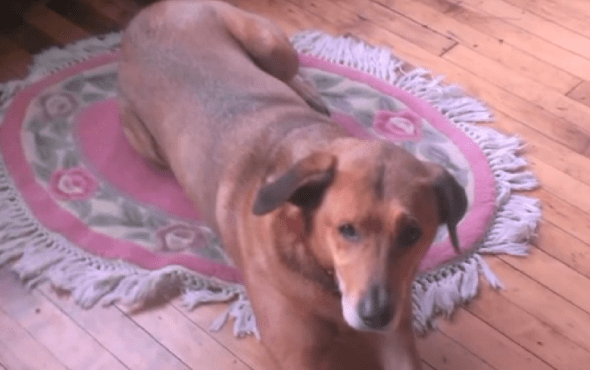 Griffin Walker always had a small bit of hope that his missing dog Daphne would be found. Now three years after she went missing that hope has come true.

Three years ago Daphne disappeared from Walker’s backyard in St. Louis. Walker never gave up hope that one day Daphne may be found. Then just recently Daphne was found wandering ta few blocks away from Walker’s old home in St. Louis. She was brought to the Humane Society of Missouri where her microchip gave them Walker’s contact information.

“I was shocked when I got the phone call and heard that she was found,” said Walker. “Even though you always hold on to some small piece of hope, three years is a long time for a pet to be missing.”

Daphne appeared to have been in the care of someone else during that time. She had put on about 20 pounds. She was in need of medical care though as she had developed a tumor in her ear.

Walker who currently lives in Jefferson City will drive to St. Louis to pick Daphne up after her surgery to remove the tumor. Walker’s mother is caring for Daphne until her surgery.