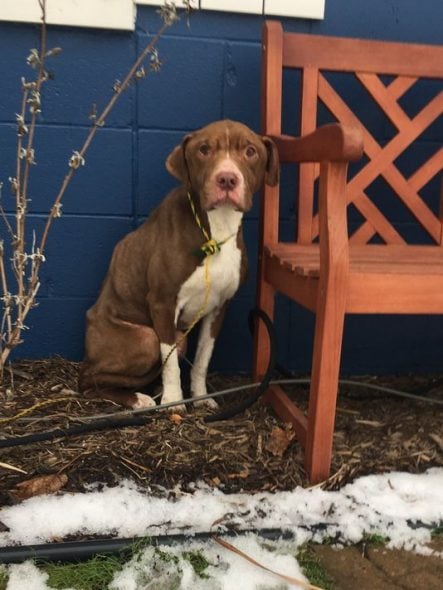 A dog called Winston, who was found frostbitten, emaciated, with a rope tightly around his neck, and cowering in a bush outside a Pontiac, Michigan animal shelter has been adopted.  He only weighed 45 of the normal 65-70 pounds a dog of his size should be, and was in awful shape emotionally.  Thanks to the Michigan Animal Rescue League (MARL), and his story moving a family from Howell, Michigan practically to tears, Winston has the happy ending he deserves.

“We are excited that Winston’s forever home has been found,” MARL Executive Director Magee Humes said in a news release. “Winston’s story became the face of the larger problem of animal homelessness in metro Detroit.  We look forward to giving love and support to the many other Winston’s who are in search of their forever home.” 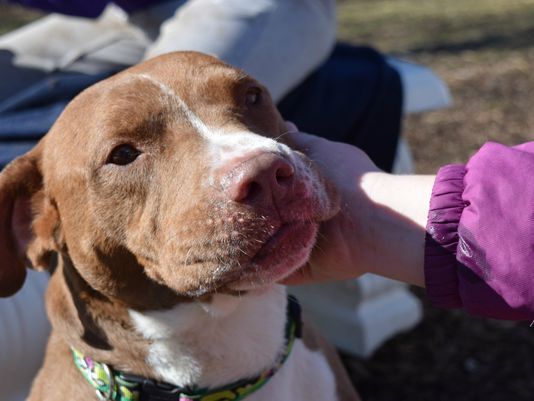 Winston’s rescue happened back on February 7th, 2017.  A MARL volunteer had been out walking another dog from the shelter when they first saw him.  He had a 15-foot, heavy duty rope tied tightly around his neck, and was frostbitten.  It was pretty clear that he hadn’t eaten in who knows how long, and had several other health problems.  It still isn’t clear how he made his way to the bushes outside the shelter, he may have been dropped there or somehow managed to find the place himself, but it’s a very good thing that he got there.

A family from Howell, a city not far from Pontiac, happened upon Winston’s story, and they just couldn’t fill out an adoption form fast enough.  The good people at MARL got him back into tip top shape, and his new family is just too proud to be making such a wonderful addition to their family.  Regardless of what fresh hell that dog has been through, he remains a sweet and gentle dog, who’s just brimming with love.