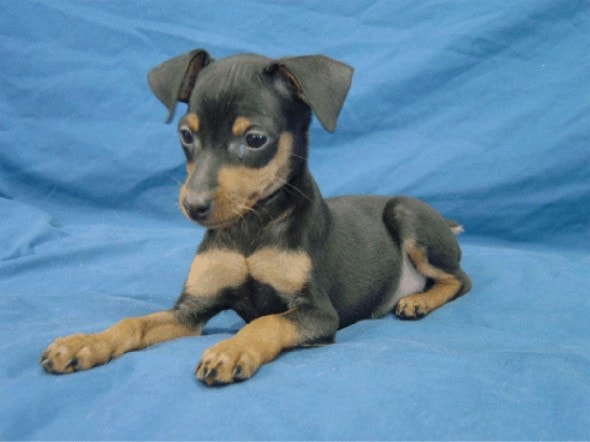 A group of heating/cooling workers at the University of Utah have a miniature pinscher named Stella to thank for a one million dollar lottery ticket.

Steve Hughes was on his way to Idaho (Utah does not have a lottery) and stopped in a gas station store.  He left the truck running so Stella could stay warm.  When he returned, he found that Stella had stood on the manual lock, and locked him out.  Although he planned to buy the ticket elsewhere, he decided to have his girlfriend buy it there while he took a Slim Jim to the lock.  He was able to get Stella to stand on the button to open the window enough for him to unlock the truck.

Hughes couldn’t stay annoyed for long.  A few days later, the group of 33 won second prize in the Idaho powerball.

The lottery group started in February 2001 with three people, and grew to 33.  They always play the same numbers, and plan to still use them in future lotteries.

“There is no need to change them,” Tison said.  “It worked once, why wouldn’t it work again?”

Some of the crew had to stay behind to keep the school warm, but 25 members took the five and a half hour trip to Boise on a charter bus.  After taxes, each will get about $20,000, or according to Hughes, “a nice little bonus during the year.”

Like others in the group, Hughes plans to get a four-wheeler.  Tison says he will pay off some bills and maybe get a boat.  Stella didn’t get to go on the party bus, but the winners made sure she was rewarded.

“She got a couple of big surprises when I got home,” Hughes said.  “She got 18-inch rawhide bones.”