It would seem that irony is lost on the hoarder, convicted of cruelty, who collected dogs at her Every Dog Needs a Home Sanctuary in Gamaliel AR. 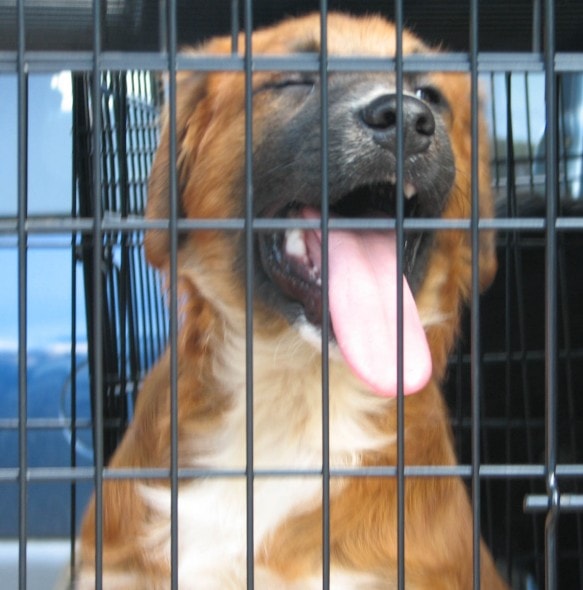 After fleeing before her sentencing hearing Tammy Hanson and her husband were discovered living, years later, in northern Vermont, with over 30 dogs. After time in a Vermont prison, she was transported to Arkansas to serve the remainder of her sentence. On her release Hanson has a lot to complain about, including the food, ability to practice her religion and the size of her cell.

Don’t misunderstand me. I do not believe that prison is, in theory, designed to subject inmates to conditions they may have subjected others to. We don’t send rapists to prison to get raped or murderers to get murdered. If that were the case Hanson would have been put in a cage relative to her size, like the ones she left dogs in without adequate food and water for up to 5 weeks.

The expectation is that prison is a punishment and will deter offenders from repeating their crimes in the future. I am not going to attempt to debate the efficacy of our criminal justice system. But when it comes to hoarders studies indicate that there is a good chance they will hoard again, regardless of any punishment they experienced, or the threat of it.

Some will move to locations where they are not known, or to avoid any stipulations put on their ability to own animals in the town or county they lived in. Without therapy and supervision many hoarders will begin their collections of animals again, with all the associated suffering and horror. Maybe this lawsuit will keep her busy for awhile.

My own dog Sunny is a survivor of the EDNAH ‘sanctuary’.