Animal Aid Unlimited has done it again!  Rescuers saved a dog whose face had been injured and was almost entirely eaten away by maggots.  But amazingly, with their care and love, Kalu is healthy and his face has mended nearly completely.

WARNING:  The following video and images are graphic, and may be too disturbing for some viewers.  I apologize if they are too upsetting for you to see, but I hope you’ll share the story anyway, because the more publicity Animal Aid Unlimited receives, the more people will make donations, and more animals’ lives will be saved.

When volunteers arrived, they found Kalu inside a pit where he had gone to slowly die.  His eyes, his whole face – were gone.  The rescuers delicately lifted him out of the hole and transported him back to base.

The dedicated crew is all too familiar with gruesome injuries, but this was unquestionably one of the worst they have ever seen.  The damage was so extensive that euthanasia seemed to be the most compassionate option.  But something about his spirit convinced them to save him. 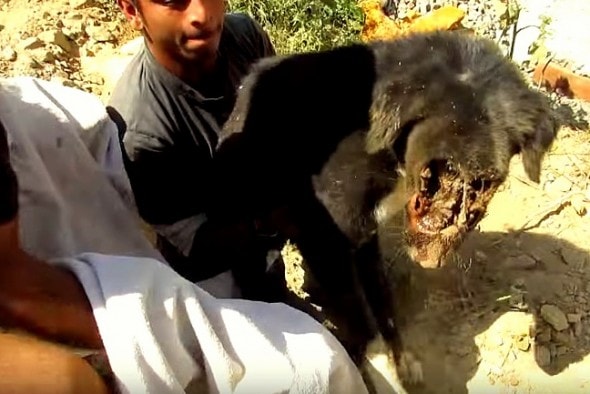 The first thing they did was to apply a powder that would kill the maggots, which were just eating away at this poor dog’s face.  (It’s a myth that maggots only eat necrotic tissue – the larvae of some flies – like blowflies, botflies, and screwflies – DO consume healthy, living tissue. This is known as myiasis.) 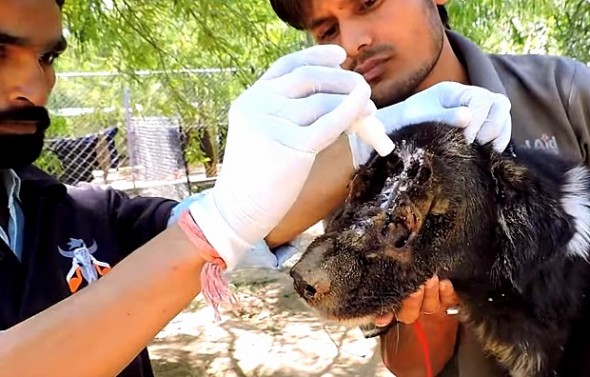 Though Kalu was clearly uncomfortable, he took his treatment in stride.  After the maggots were killed, he was sedated so the wound could be debrided.   Then the team wrapped up his head and made him as comfortable as possible.

On day three, Kalu ate.  On the fifth day, a real surprise came – his left eye was still intact!  But whether or not he could use it would remain to be seen. 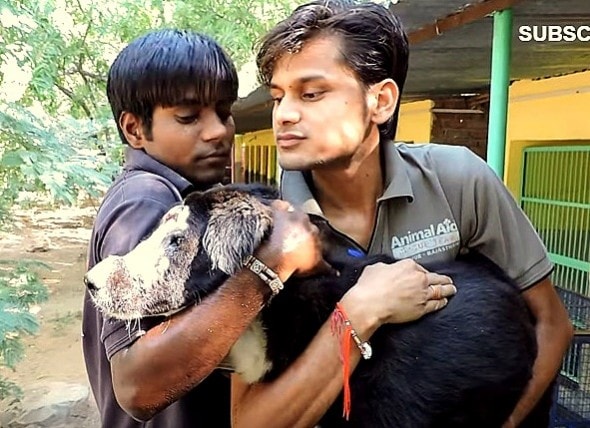 After three months of treatment, Kalu was finally healed.  Now he’s happy, healthy, loved, and he can see just how beautiful the world is again.

Animal Aid Unlimited does some truly awe-inspiring work rescuing hundreds of animals.  But they cannot do it alone – they rely on the kindness of people who have been touched by their stories.  To help them keep saving animals like Kalu, please CLICK HERE to donate. 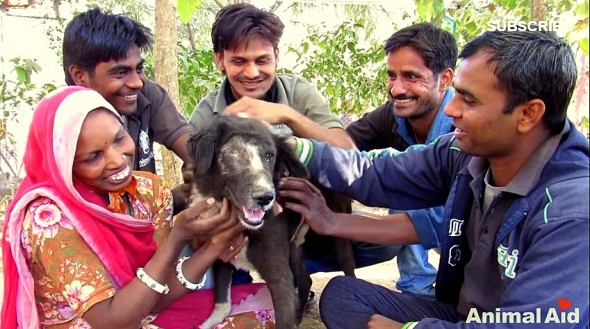