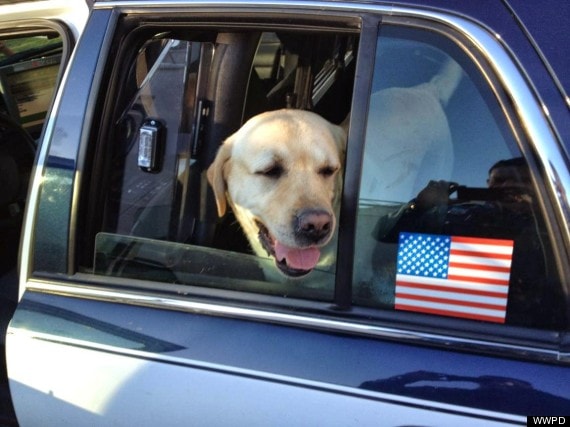 A dog who went missing from his home in New Jersey just days before Superstorm Sandy struck has finally been reunited with his family.  A woman spotted him wandering around and called police.  When they arrived, he jumped right in the back of their cruiser, making it quite clear that he was ready to go home.

As the massive storm approached and Wesley was nowhere to be found, the Cruz family worried they might never see him again.  After weeks of searching and coming up empty, Miguel Cruz was forced to tell his 11-year-old son, who has a mild form of autism, that the dog he loves may never come home.

But Miguel was in for the surprise of a lifetime when he received a phone call from the West Windsor Police Department, informing him that after 17 months, Wesley had finally been found.

“Now I’m thinking April Fool’s.  What a cruel joke this is,” Miguel explained.  “I said, ‘come one, is this an April Fool’s prank?’  No, no they found him, they found Wesley.”

The officer who arrived to collect the found dog that had been reported said he “retrieved a very friendly and very large Labrador,” according to Lt. Robert Garafalo.  “The dog jumped right into the back of his patrol car and was more than happy to go for a ride.” 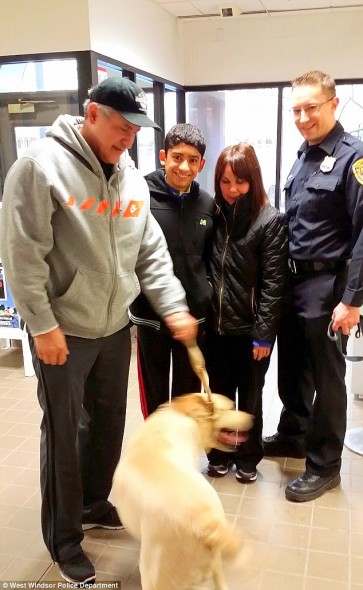 Wesley was easily identified because of his microchip, and was quickly reunited with his family, whose home was nearly 20 miles from where he was found.  The chances of seeing him again seemed remote, but Miguel never gave up hope.  Staying positive, however, wasn’t always easy.

“We thought maybe he got run over by a car or a deer killed him in the field,” he said.  “We’re so happy he survived and was picked up and returned because of his chip.

“We were so sad, so distraught for 17 months.  We talked about him until the very end and never gave up hope…. When you’re a dog person, the dog is part of the family. It’s a family member that’s gone. So, you never give up hope.”

It is unknown where Wesley has been all this time, but based on the fact that he returned home about 25 pounds heavier, it seems evident that someone was spoiling him rotten.  And when he finally clamped eyes on his true home on Wednesday, “he was all smiles like he was saying, ‘Hey, I’m back,’” Cruz noted.

“We’re happy – my son is so very happy.  If it weren’t for that microchip, he wouldn’t be lying next to me now, snoring.”