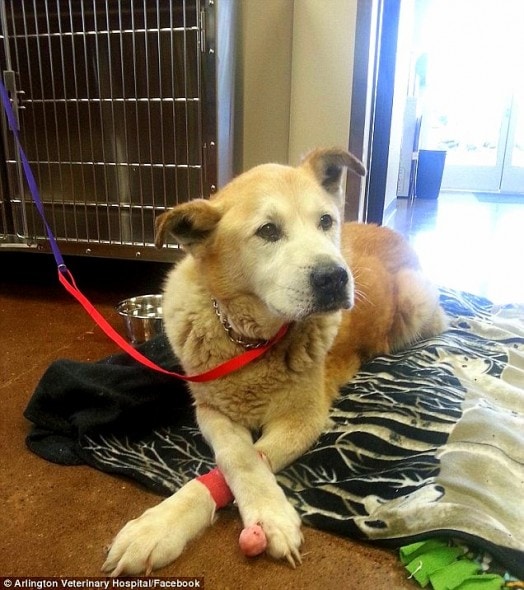 When 15-year-old Boomer was found amongst the debris of the March 22nd Washington landslide, it was initially believed he was a victim of the area.  He was a victim, but of a different kind: the arthritic dog traveled three miles to the home of his former owner, who sadly perished in the catastrophe.

Dogs are able to sense much more than some are willing to give them credit for.  Who knows how Boomer knew to go to his old home – perhaps he could feel the vibrations from the Stillaguamish Valley landslide and realized it was in the direction of where his family lives – but he knew he needed to get there.

Arlington Veterinary Hospital reported that Boomer probably wouldn’t have lasted much longer on the rugged terrain and in the frigid weather.

“He’s arthritic, he was cold, he was hypothermic,” vet tech Kellie Bartlett said. 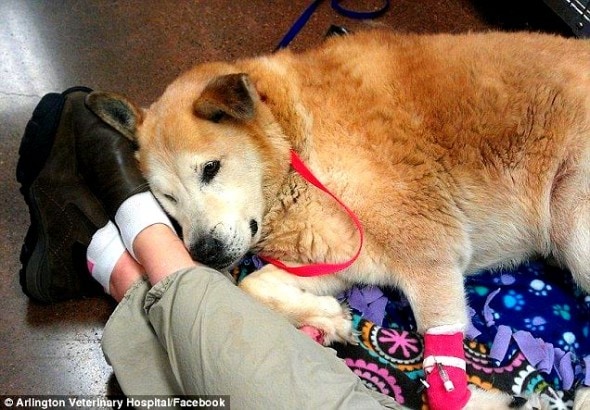 Boomer’s owner had given him to his sister when he moved to Oso.  He went in search of his former owner, whose life was unfortunately claimed in the disaster.

The dog was found with abrasions and a hip injury, leading rescuers to believe he was banged up in the landslide.  But it was his strenuous pilgrimage that wounded him.  He was taken away from the area by EMTs and treated at the pet hospital.  He even had a growth removed from his front right paw.

Now Boomer has been reunited with his mama.  Though it is tragic that he wasn’t able to find his dad alive, Boomer’s own rescue gave searchers a much-needed morale booster.

“His mom was grateful for all of the support,” Kellie explained.  “Boomer was wagging his tail when he saw her and was ready and willing to go home.”