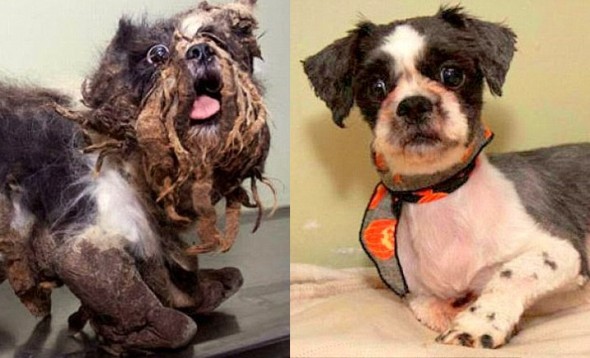 People walking by the little dog on a Montreal street assumed he was garbage, and never gave him a second thought.  A driver passing by thought the dog (possibly a King Charles Cavalier/Shih Tzu mix?) to be a ratty old teddy bear until he moved.  Now he has been taken in and cleaned up by the SPCA of Western Quebec, and will soon be ready for a home. 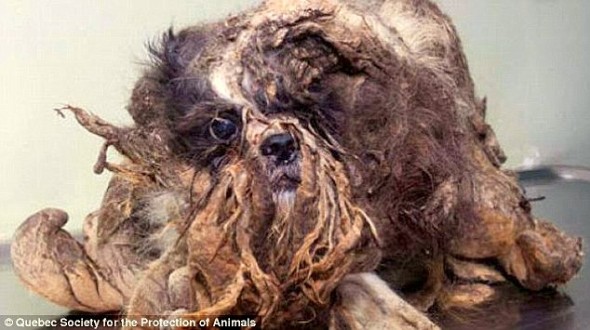 After being abandoned by his neglectful owner, this mangy mutt scavenged the streets for food – his only hope of survival.  His coat was so matted and caked with filth that no one knew he was even a living creature. 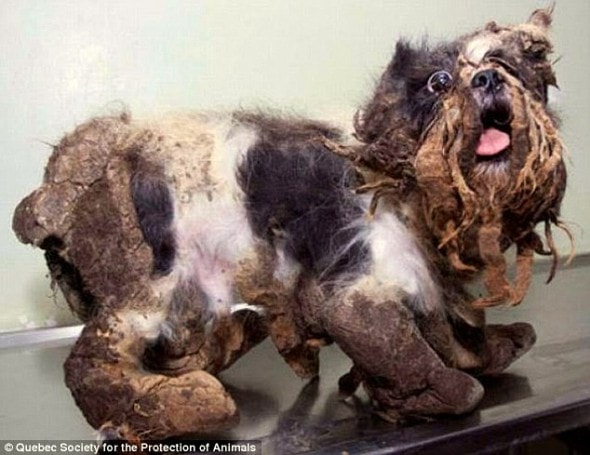 The pain he suffered from the mats, cold and hunger must have been great, but his life changed when a motorist saw him and called the local SPCA.  He was quickly picked up and given the attention he so desperately needed. 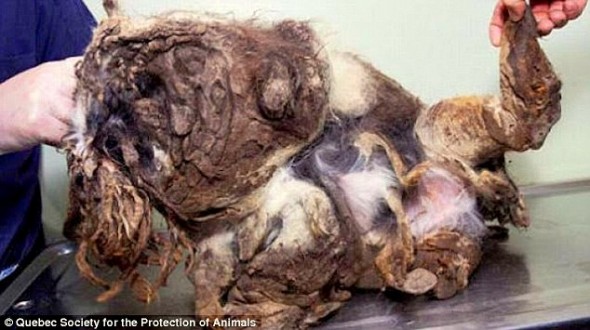 “When the dog came in he looked terrible. We didn’t know if he would survive,” said one of the staff members. “The driver who found him first thought he was a battered old teddy bear or a piece of rubbish.  It was only when he began to move did they realize it was a dog.” 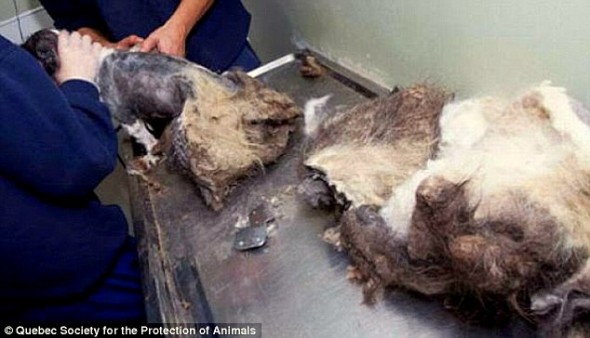 “When he came in to the center he was extremely nervous, but once we managed to cut off his matted hair he came alive.  He was incredibly frightened of the electric razors but once he had a trim he was back to how he should be.  He is a real live wire.” 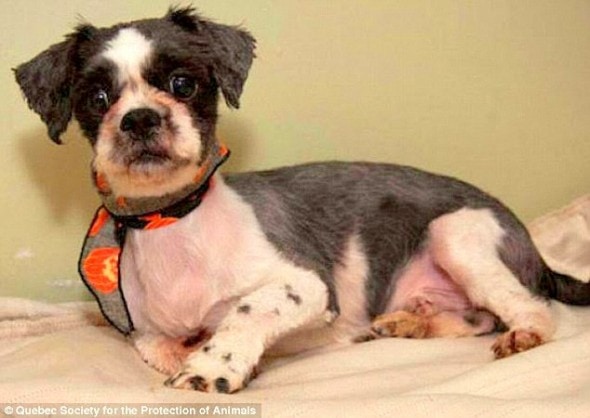 After his much-needed haircut, the little dog settled in for a comfy night’s sleep.

“They say cats have nine lives but it seems this is one little dog who has more than one… He is such a lovely dog and hopefully now he can be found a loving home.” 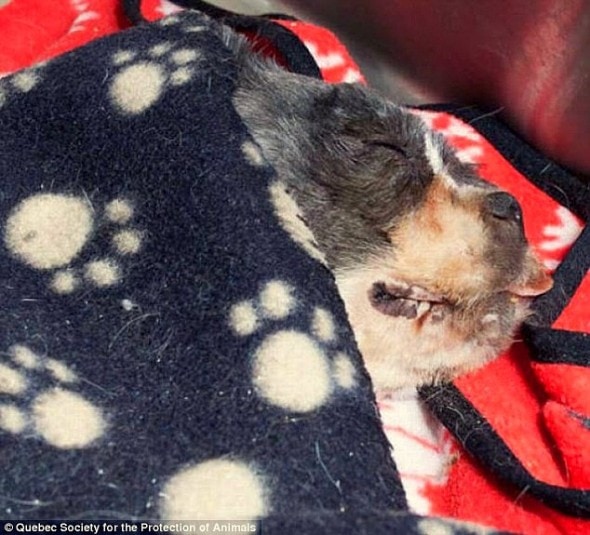