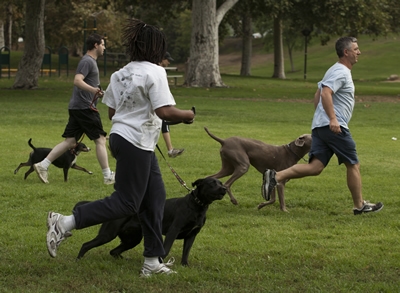 Given the number of stories we have brought you on how dogs are being used in different settings to provide stress relief, it should come as no surprise that doctors are saying there is a correlation between dogs and reduced heart risk.

A scientific statement was published Thursday by the American Heart Association, which concluded that owning a dog is “probably associated” with a lower chance of heart disease.  Now,  “probably” does not sound particularly convincing, but if told that it’s “probably” going to rain today, chances are good that you’d grab an umbrella before heading out.

“Very few people are meeting their exercise goals,” said Dr. Richard Krasuski, a cardiologist at the Cleveland Clinic.  “In an ideal society, where people are actually listening to physician recommendations, you wouldn’t need pets to drag people outside.”

In addition to providing exercise, having pets improves heart health.  Lower cholesterol and triglyceride levels were reported, and people who own pets of any kind are more likely to survive a heart attack.

“Several studies showed that dogs decreased the body’s reaction to stress, with a decrease in heart rate, blood pressure and adrenaline-like hormone release when a pet is present as opposed to when a pet is not present,”said Dr. Glenn Levine, professor at the Baylor College of Medicine. 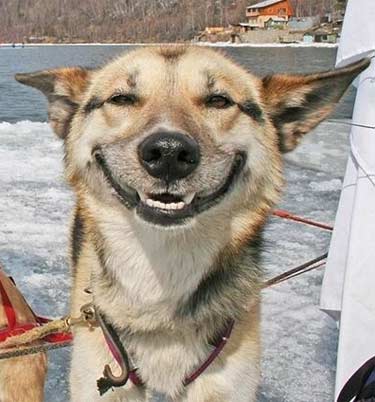 Though most of the studies were correlational (data analysis to determine if a relationship exists between two or more variables), and cause and effect cannot be ascertained through this method, there was one randomized controlled study conducted.  Forty-eight stressed out stockbrokers with high blood pressure were put on medication to reduce hypertension.  They were then randomly divided into two groups:  one group was instructed to adopt a dog or cat, and the control group was not told to get a pet.  Six months later, the participants with pets were markedly calmer in the presence of their pet when faced with stress than the individuals in the control group.

“We didn’t want to make this too strong of a statement,” said Dr. Levine.  “But there are plausible psychological, sociological and physiological reasons to believe that pet ownership might actually have a causal role in decreasing cardiovascular risk.”

Dr. Levine stressed that having a dog is not a cure-all, and that people should have pets because they want to give them a loving home.

“If someone adopts a pet, but still sits on the couch and smokes and eats whatever they want and doesn’t control their blood pressure,” he said, “that’s not a prudent strategy to decrease their cardiovascular risk.”

Earlier studies have shown other health benefits to dog ownership; babies who have dogs living in their home before they are one year of age have a decreased risk of coughs and colds, respiratory and ear infections, asthma and allergies.  While babies are developing their immune systems, it is important that they be exposed to germs so they can build a tolerance to them.

“We think the exposure to pets somehow matures the immune system so when the child meets the microbes, he might be better prepared for them,” said Dr. Eija Bergroth, a pediatrician at Kuopio University Hospital in Finland.

So if nothing else gets done this weekend, make sure the family romps and rolls around with the dogs this weekend – it’s good for you! 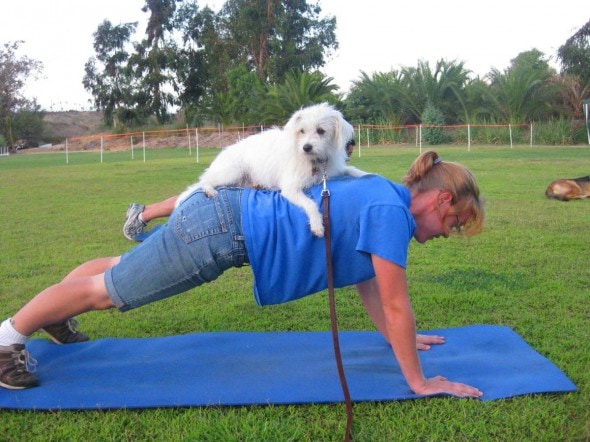