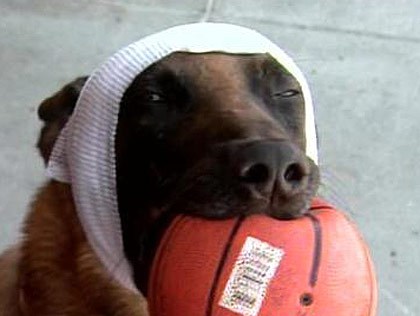 Back in April we brought you the story of Jaris, the Belgian malinois police dog that was thrown from a second-story window by a parolee refusing to surrender.  We are please to tell you that the man has been sentenced to three years in prison.

Police had arrived at the Fontana, California home of Brian Bills, who had violated his parole.  The woman who answered the door claimed he was not home, but police saw him trying to escape out of an upstairs window.  He refused to comply, so a K-9 was sent after him.  Jaris lunged toward the man, and using the dog’s forward momentum, Bills propelled him out the window.

“Jaris was not able to stop himself and fell to the concrete below,”police explained.

Miraculously, Jaris survived.  But after landing on his head, his nose was bleeding and he was staggering, so he was immediately rushed to an emergency veterinarian.  He has suffered some nerve damage between his brain and sinuses, but after spending enough time recuperating, Jaris returned to work.

Bills continued to resist arrest even after Jaris’ shocking plummet to the ground.  He was caught and pleaded guilty to one count each of resisting a peace officer and intentional injury to a police dog.  Today he was sentenced to three years in prison.  Yes, we know – not nearly long enough. 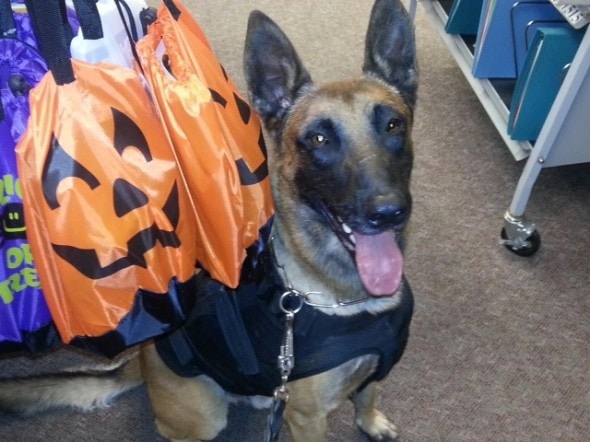