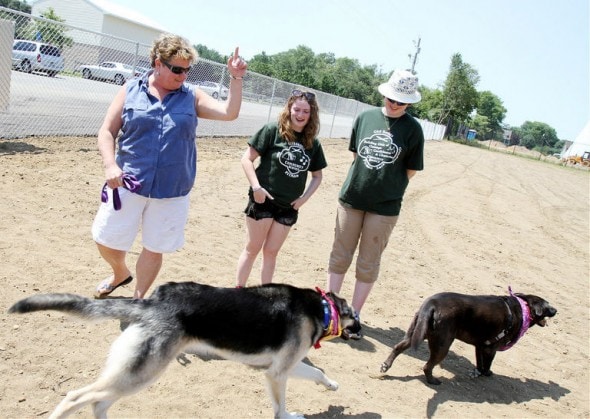 The city of Clayton, New Jersey has a new dog park that was just opened, and it’s all thanks to the hard work and effort of Girl Scout Elizabeth Culver.  This Sunday, in a grand ceremony with state, county and local government officials, she got to cut the ribbon and make things official.

“Clayton was very supportive,” Culver said.  “And they’ve been supportive the entire time.  We’ve had people who we had no idea who they are come up and say what a good job we’ve done.”

The new park covers 1.5 acres inside the Autumn Pasquale Memorial Park, and is split into two pieces dedicated to larger dogs on one side, and smaller ones on the other.

This is all part of what Culver is calling “positive pet ownership,” something she has been working on for years.  She will often bring her own dogs to scout meetings, introducing them to the younger scouts.  She wants to educate them on things like dog safety, health and care, and what it means to be responsible when it comes to dog socialization.

Culver went through the process of getting the park opened in a very “by the book” way.  She first pitched the idea to her local government when she was a sophomore, got together with local businesses to gain financial support and even organized and threw two fundraisers at a local festival.  She managed to get the $6,000 needed to put up the benches, fencing and signage necessary, and yesterday the park was officially opened. 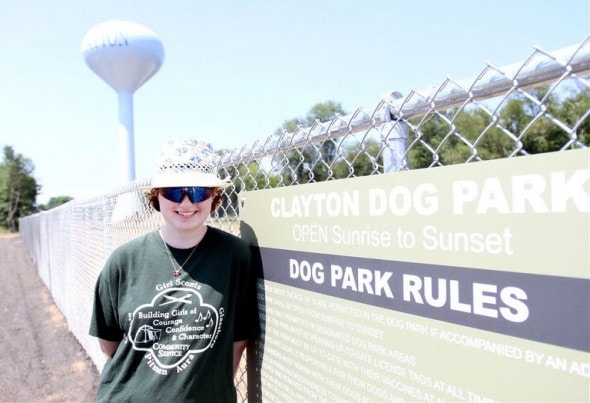