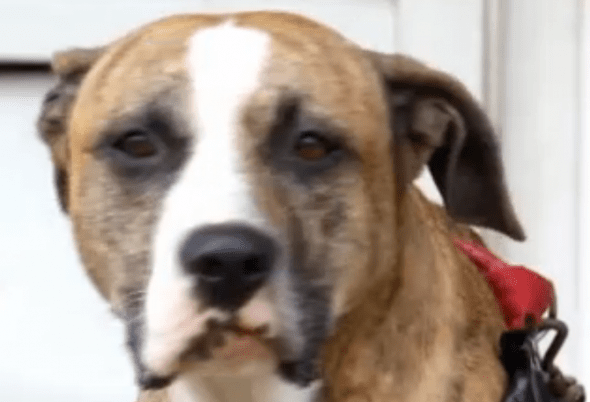 Ronald Schlenk is calling his dog his hero. When an intruder tried to break into Schlenk’s home in the early morning hours Rommel scared the armed man away.

Schlenk was watching television around 3 in the morning in his Dayton, Ohio home when an intruder came through his front door armed with a large butcher knife. Rommel, an American Bull Dog, didn’t hesitate and began to bark and defend the home.

“As soon as that door opened, he saw a face that he didn’t recognize and he went for him,” said Schlenk. “I was proud of him.”

The intruder screamed when Rommel began to jump on him and ran away. The man threw the knife in yard and took off.

“He was trying to get out the door as fast as he could,” said Schlenk. “Just the expression on his face made my day.”

Police are testing the discarded knife for finger prints. Schlenk feels lucky to have Rommel and is making sure his best friend gets extra treats.