When most couples take their engagement photos, they hope to capture their love and joy on film to share with friends and family members.  One newly betrothed couple certainly captured something, alright….

Some people might be a little annoyed about their dog getting in the way of their special moment, but true dog lovers wouldn’t – they’d cherish it.  That’s exactly what Megan Determan and Chris Kluthe are doing.

They planned to have their dog, Louie, be a part of their photos, but had no idea he’d completely steal their thunder. 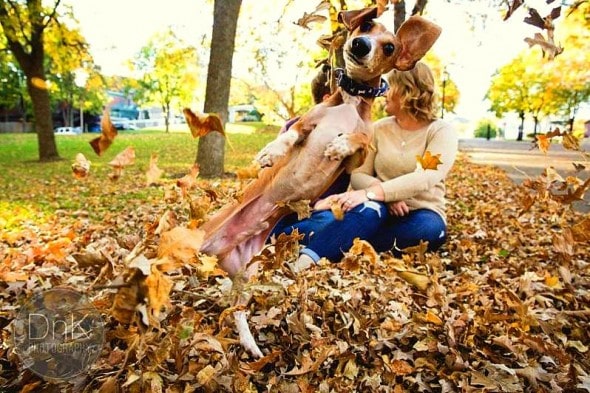 “You’re looking for your favorite spot. The two of you in your natural element,” Megan told Valley News Live.  “It just made sense to have him in the pictures because he’s our dog.”

But just as the photo was taken, Louie leaped in front of the pair.

“I knew he was going to be in the shot. I didn’t know he was that much in the shot,” Chris said.

Megan could hardly be surprised by Louie’s antics.  Louie reigns supreme in their St. Paul, Minnesota home, and Megan was his first. 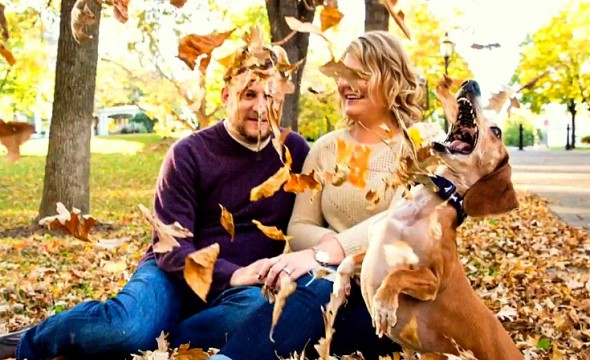 So it comes as no real shock that Louie would jump right in front of Chris.

“Usually, if someone’s face was blocked out, we wouldn’t deliver a picture. This one is obviously ‘the Louie picture,’” said Karin Berdal of DnK Photography.  “I thought it was hysterical off the bat, but I had no idea it would become what it’s become.”