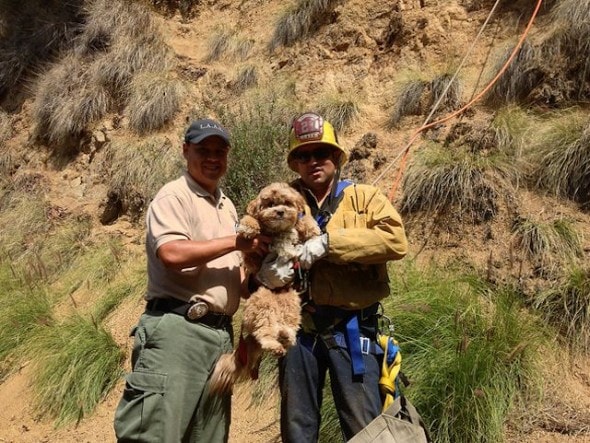 After spending two days trapped heavy brush after falling down a hill Bentley is safe thanks to Los Angeles city firefighters.

Bentley spent two days stranded on a Hollywood hillside until he was found tangled in thick brush between two hillside homes. Late Wednesday morning Los Angeles firefighters came to the dog’s rescue. A firefighter was lowered down to the dog and able to bring him to safety and reunite him with his very grateful owners.

Bentley appeared to be uninjured after his ordeal but was being taken to the vet to be checked out.