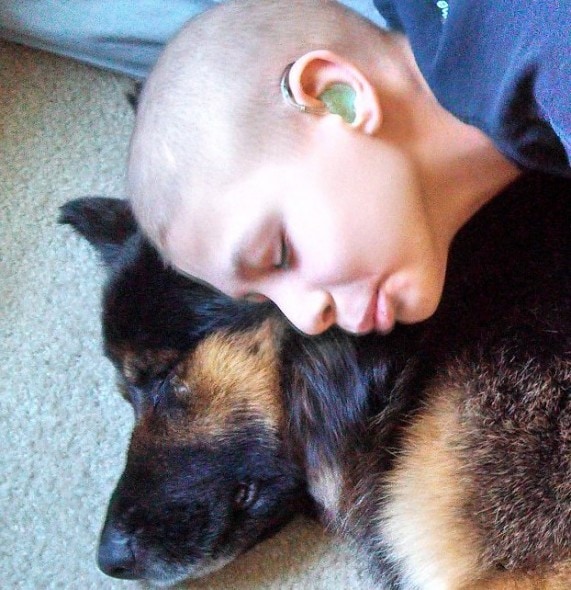 Several months ago Zero was rescued from a home where he and 40 other animals were allegedly abused and neglected. Now Zero has a much better life and is helping one 10-year-old battle cancer.

Zero was neglected for years. Now he gets all the love and affection he’s always wanted. “He just loves to get affection,” said Kelly Tucker. “He wants to be petted all the time.” A few months ago that wasn’t the case when he was taken from a home in Oxford, Connecticut where he had endured years of neglect. “He was covered with fleas and ticks,” said Tucker. “His teeth were very poor as well because all he ever had to chew on were rocks. He was attached to his dog house at least for seven years they thought.”

Despite everything Zero has gone through he is still a loving and sweet dog, and has become the best friend of Tucker’s 10-year-old son Marik. Last summer Marik was diagnosed with cancer and lost his right leg. With Zero now by his side Marik is able to keep a positive attitude and provide comfort. When days it isn’t easy for him to get up and move around Zero is by his side helping him stay motivated.

To keep up to date on Marik’s fight against cancer and how Zero is helping him visit Marik’s Facebook Page.