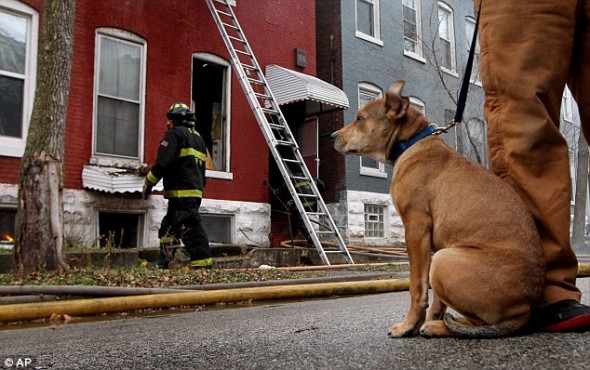 Dogs fleeing the scene of a fire or car accident is fairly common. When firefighters in St. Louis rescued Colby from a house fire he ran. However, Colby ran for a different reason than most dogs. Colby ran straight to his owner’s work to alert him to the fire at their home.

Jamal Arnold was picking up a paycheck from his work when a fire broke out at his townhouse about four blocks away. Firefighters arrived on the scene and when they kicked in the door to the home Colby came rushing out.

Colby was safe but he kept running. He ran straight to Arnold’s work where he started frantically barking to get his owner’s attention. After following Colby home Arnold was shocked to find his home engulfed in flames. The two friends sat and watched as firefighters worked to put out the fire.