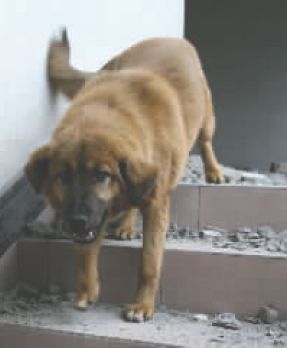 A depressed 13-year-old in china became so distraught that she attempted to commit suicide by jumping from her roof. Her dog came to the rescue and helped pull her up to safety as she clung o the roof’s edge.

The girl has been struggling ever since her father was sent to jail for stealing. On Saturday morning neighbors spotted the girl on the roof of her three-story building. She was planning to jump, but at the last minute grabbed on to the ledge.

She was dangling from the edge when her dog Roman came to her aid. He began pulling on her clothes to try to bring her back to safety. Authorities say Roman’s efforts helped save the girl and gave her enough time for firemen to arrive and help pull her all the way to safety.

2 thoughts on “Dog Save Depressed Girl from Committing Suicide”