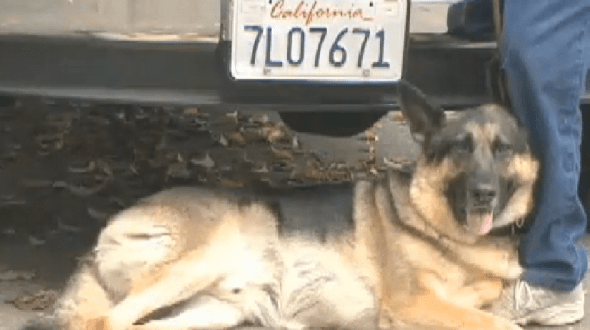 An elderly man was sound asleep when his home began to fill with deadly carbon monoxide due to a heater malfunction. He would be dead if it wasn’t for his rescue dog Max, who dragged the man from his bed.

Jack Farrell rescued Max, a German Shepherd, about a year ago. Now Jack has more than returned the favor by saving the 80-year-old man’s life. Farrell was sound asleep in his Novato, California home when a wall heater malfunctioned and began to fill his home with carbon monoxide and natural gas.

Farrell continued to sleep unaware of the danger. Then Max came to the rescue. He took Farrell by the arm and dragged him out of bed, down the hallway and into the kitchen.

“Out here in the kitchen, I finally woke up wondering what the hell was going on because he had hold of my arm,” said Farrell. “I’m bleeding like hell and that’s when I called 911.”

When firefighters arrived on the scene the carbon monoxide had already reached extremely high and deadly levels.

Farrell was taken to the hospital but is alive and well all thanks to Max.