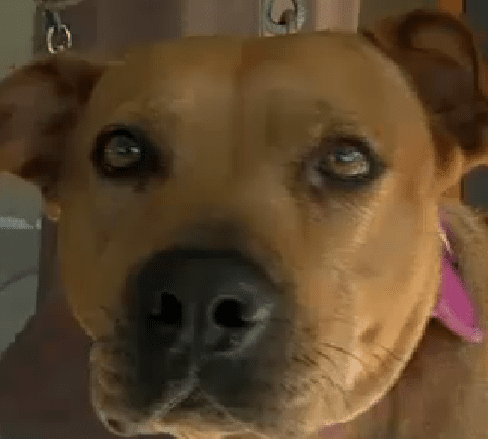 For the Castillo family, their dog is a hero. When someone set fire to a car on the Castillo’s lawn, their dog Candella alerted them to the fire and saved their home.

Early Tuesday morning a boat fire occurred three miles down the road from the Castillo home in Fort Myers, Florida. Around the same time a car fire broke out on the Castillo’s lawn. Both fires are being investigated as arson.

When the fire broke out on the Castillo’s lawn early Tuesday morning it was their dog Candella that came to the rescue. Candella came running up to the window and started barking and scratching, alerting Ada Castillo to the fire on her lawn. Castillo quickly called 911 and firefighters were able to stop the fire before it spread to their home.

“If my dog wasn’t here, she didn’t exist, our house would have burned down,” said Andrew Castillo, Ada’s son.

Ada not only saved their home but is now bringing the Castillos comfort after the emotional ordeal. In return the Castillos are spoiling Candella with gratitude and extra treats.

Authorities are asking anyone with information regarding the two fires to call the arson tip line at 1877-no arson.