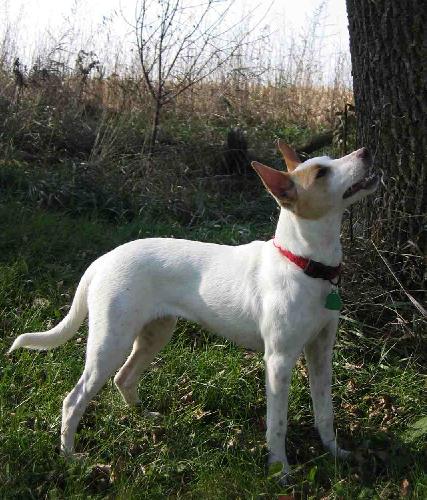 If you’re a rat in New York City you might want to pack your little bags and move to someplace safer.  NYC is the newest hunt site and rats are the target.  Unlike rural fox hunts where only foxhounds are invited, the NYC-based group Ryders Alley Trencher-fed Society (RATS) has a variety of dogs involved. The ratters group includes border terriers, a dachshund, a Jack Russell terrier mix, a Patterdale terrier and a Feist (seen in the photo). Not exactly English foxhounds but no red coats or hunting boots needed as these dogs and their owners seek out rats.

RATS has been meeting for over a decade as they chase their small prey through New York City alleys and streets. The owners say that the gatherings help maintain breed specific behaviors in dogs who would otherwise be couch potatoes in the city’s high rises. The humans say that the hunts help rid the city of one of humanity’s longtime enemies while giving their dogs exercise and a good time.

Dogs have to be trained for the hunts but once they are, the dogs use their various abilities as team members to kill rats. For example, one dog will sniff out a rat and give “voice,” alerting the other hunt members that the chase is on.  Another dog will flush the rat and other dogs will actually chase and catch the prey. Once the rat has been caught and killed, the body is unceremoniously dumped in the trash.

Not everyone appreciates the night-time hunts. People for the Ethical Treatment of Animals (PETA) has gone on record decrying the rat hunts as a, “blood spot.”