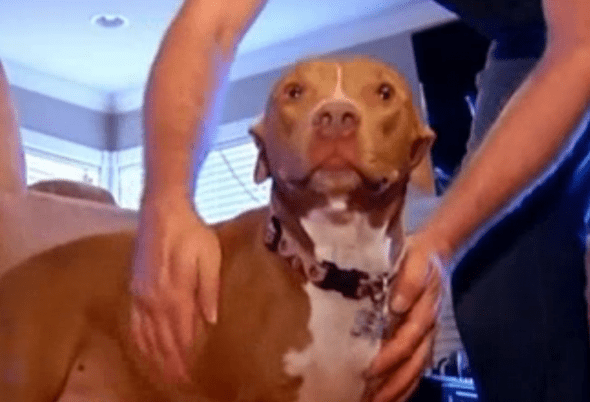 Demaria was sound asleep Friday morning when a man began to creep around his home and eventually entered through the sliding back door. Chloe, a six-year-old pit bull mix, heard the suspect and quickly turned into the protector of the home.

“She sprang into action, barked at this guy and growled at him and chased him off,” said Demaria. “It could have been a lot worse if it hadn’t been for the dog.”

Chloe chased the man all the way into a neighboring yard and caused him to drop some of the stolen goods. The suspect did manage to get away with several of Demaria’s tools, which he needs for his job as a house rehabber.

Surveillance video caught footage of the man and police are asking anyone with information on the suspect to call San Diego County Crime Stoppers at (888)580-8477.