A 42-year-old man was camping in Sand Bar Provincial Park, Ont., over the weekend when he encountered a black bear while walking his two dogs. One of the dogs, a brave schnauzer, protected the man from the bear attack but sadly lost his life in the process. 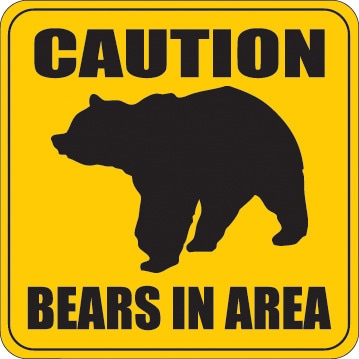 CBC News Canada reported the bear attack occurred on the afternoon of August 3, 2013.

According to Ontario Provincial Police in Ignace, the bear attacked the man from behind when the man stopped near the water to take a break from the walk. The man ran into the water and waited for the bear to leave. He later tried to get back to the camp side but the bear came after him and his dogs again.

The schnauzer tried to intervene by barking to keep away the bear. The actions of the hero dog allowed the man to escape with minor injuries, however, the dog wasn’t so lucky and died after it was attacked by the bear.

The hero dog wasn’t the only one to lose its life. Park ranger later used a K9 unit and a live trap to catch the bear and destroy it.