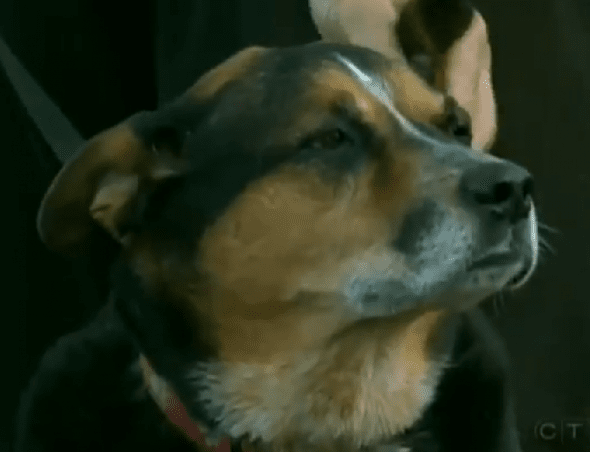 An 87-year-old man is lucky to be alive after spending two nights in the cold forest when he fell and injured himself. The man’s dog Chief is the one responsible for him being found in time.

The elderly man was out for a walk Saturday with Chief near his home in British Columbia. While walking in the woods he fell and injured himself. The 87-year-old man was unable to move. He spent two nights in the woods with temperatures dropping below zero. Chief stayed by his side the whole time.

When the man’s friend stopped by Saturday afternoon to visit he was surprised to find he wasn’t home. “He thought perhaps his friend had gone for a hike on his son’s160-acre property near Spider Lake,” Oceanside RCMP Corporal Jesse Foreman said. “He drove there to investigate further and found the man’s truck parked at the end of the road and became very concerned when he could not find him nearby.”

A massive search began that included a helicopter, ATVs and dozens of rescue workers. No one could find the man until his grandson began calling out Chief’s name. The dog responded to the familiar voice and led the grandson to his injured and missing grandfather. “We received a call saying the grandson and some friends had gone onto some trails and they got close by him,” Arrowsmith Search and Rescue coordinator Gordon Yelland said. “The fellow had his dog with him and while we’d had teams fairly close by, calling him and his dog, but got no response. However, when the grandson called the dog it came to him from a very obscure trail.”

The man was taken to the hospital where he is being treated for mild hypothermia, but he is otherwise in good shape. He has Chief to thank for keeping him warm and helping him to survive. “Without that dog he might not have been found, or found in time,” said Cpl. Jesse Foreman.