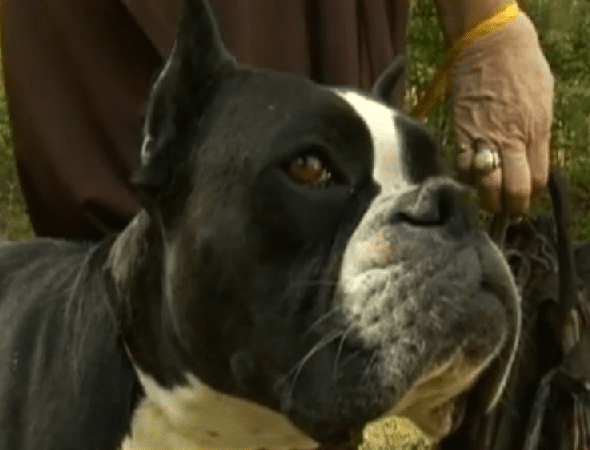 Matthew Reed has survived a lot. He’s served three tours in Iraq, which included his vehicle being hit be an IED and being shot three times. On Monday night he escaped death once again when his dog Lucy saved him from a house fire.

Reed was sound asleep on Monday night when Lucy started to lick his face. Reed knew something was wrong because Lucy wasn’t acting her usual way. When he opened his eyes he was surrounded by smoke.

Reed lost almost everything in the fire, and without Lucy’s persistent licks he probably wouldn’t be here. “Never though in a million years I’d be getting saved by my dog,” he said. Reed’s brother and roommate, Billy Reed, wasn’t home at the time of the fire but is just as thankful for Lucy’s actions. “She really is part of the family, and she did take care of us, she was our little angel that night, and without this dog, I don’t know if I would have my brother right now,” said Billy.