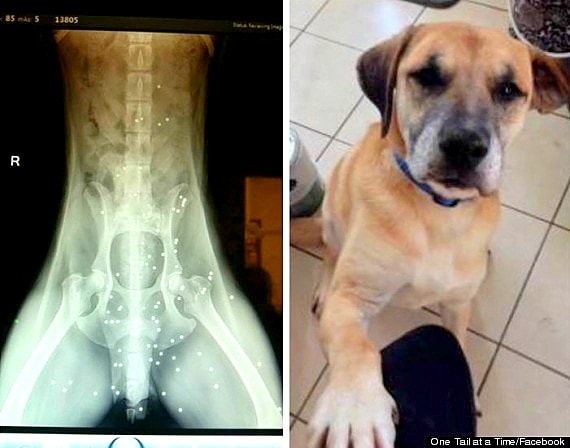 When Porkchop was brought to Chicago’s One Tail at a Time rescue, he seemed like any other healthy dog.  But when his foster mom took him to the vet for urinary tract issues, it was discovered that he had over 50 BBs lodged in his abdomen and groin area!  Porkchop suffered through horrific abuse, but now he is living a life of luxury after being adopted into a loving home with a brother he loves already.

After his owner died, Porkchop wandered the streets until he was rescued by a shelter in Carbondale, Illinois, who turned him over to sister shelter One Tail at a Time.  The Lab-shepherd mix was a sweetheart, and no one would have guessed what kind of hell he had been put through. 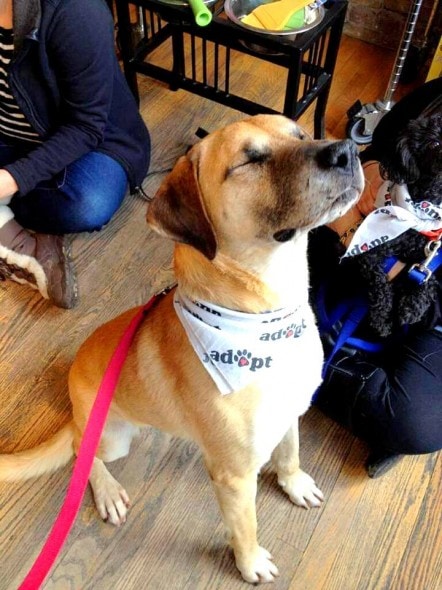 But it was made clear when his foster mom brought him to a vet, suspecting that he had urinary tract issues.  The X-ray revealed he had been shot over 50 times, the BBs still embedded in his lower half.  It was rumored that neighbors shot at the poor boy while he wandered the cold streets, frightened and alone.

“You would never know anything negative happened to him,” said Anna Friedman, adoption manager at OTAT.  “The resiliency of animals and dogs specifically is always really amazing. The dogs don’t tend to dwell on the negative, so hopefully we can all look at the more positive side of things with this.”

Because the BBs pose no threat to his health, they will not be removed.  Extracting so many foreign objects could lead to infection, so it was determined that the benefit did not outweigh the risk.

After Porkchop’s story was made known, a number of applications to adopt him came in.  The lucky adopter was Dr. Teuber, one of OTAT’s veterinarians.  He was sent to his new home with a cornucopia of new toys and other goodies that his supporters kindly sent to him via Amazon.

It’s only been a couple of days since his adoption, but OTAT says he is getting along great with his new brother Dino, who is silly and plays like him.