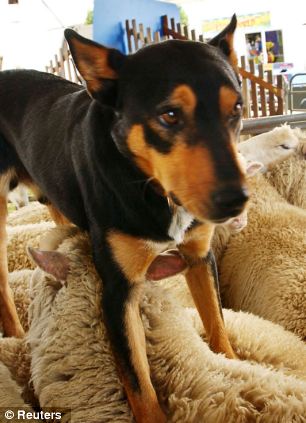 An Australian man is lucky to be alive after being pinned under his car for days, and he has his dog to thank.  Boydy, his faithful pooch, stuck by his side keeping him warm when temperatures dropped to as low as 4C degrees and refusing to leave him even after help arrived.

Herbert Schutz had crashed his 4×4 but managed to crawl out of the wreckage. Before he could safely get away however the vehicle rolled over again and pinned him underneath where he lay waiting for help to arrive for days in central New South Wales.  His daughter had begun to worry when she couldn’t reach him and she contacted his neighbours to ask for help in finding him.

Hi neighbour Eric Merritt, along with a friend Julian Barrett immediately went out to search for him around his property and eventually found the upturned car.  “We saw the car and that no-one was in it,” Mr Merritt said.  “Then his dog ran around the front of the car and then we heard him call for the dog,” he added.

Apparently Schutz had Boydy’s hair all over him indicating that the loyal dog had cuddled with him to keep him warm as temperatures dipped overnight.  “Even when we found him, the dog ran straight to his side and cuddled up to him. He didn’t want to leave him even then,” said Mr Merritt.  Schutz says he also had visits from his horses who contributed to his trouble by accidentally trampling him as they walked around the wreckage.

Mr. Schutz’s daughter was extremely grateful to both the neighbours who stayed with him until emergency services arrived, and to the EMS and staff at Newcastle’s John Hunter Hospital who are now caring for her father.  “He is in very good care and is conscious and lucid at the moment, which is amazing given what he has been through,” she said.