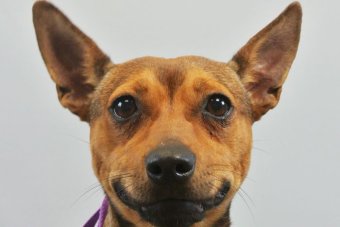 It is a growing trend, pairing rescue dogs and inmates in an effort to rehabilitate both, and it works.  A program called Mates for Inmates at the Dame Phyllis Frost Centre in Victoria, Australia pairs shelter dogs with inmates in the hopes of preparing the dogs for adoption.  The program is running on a trial basis and so  far 6 female inmates have taken part and 2 dogs are already preparing to graduate and be put up for adoption.

The prisoners involved are benefiting as well as the dogs.  They have been taught a variety of skills including dog handling, grooming and they will also gain a certificate at the end of their training.  So far, 2 dogs have completed the training, Ziggy and Amber.  Ziggy was surrendered to Animal Aid when his owners could no longer care for him and Amber was an unclaimed dog from a local pound.  “They have done so well they’re actually going to to be graduating this week and going up for adoption,” said Dr Linda Marston from Animal Aid.

“It’s sensational and we’ll start our second group of dogs hopefully this Friday,” added Marston.  “We’re hoping this initial pilot will be extended either with a second pilot or a more permanent program, which we can use in the prisons for an incentive pathway,” she said.  “Basically it’s another option for the ladies to have a way of developing more employability skills.”

Funding for the program came from Melbourne City Mission  who raised the $15,000 needed to get it going and they are hopeful they will be able to continue given it’s early success.   The dogs involved will be much more likely to be adopted after going through the training program and some of the inmates will leave with skills in dog training and grooming.   And of course everyone benefits from spending time with loving canines.