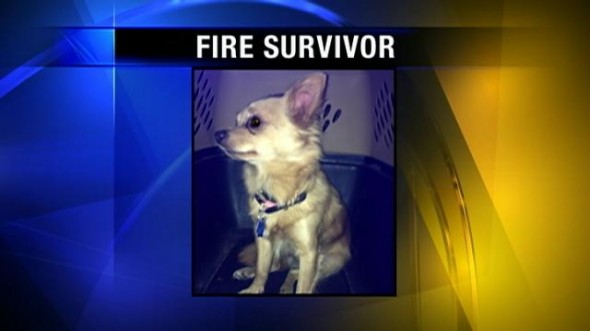 A tiny dog named Sissy managed to survive a fire that gutted a Pennsylvania house, and emerged from the ruins unscathed.

The Chihuahua was found a whopping four days after the blaze was put out. She was discovered in a backpack by police after neighbors heard her making noise.

Sadly, two people, Brandon Fortuna and his sister Kirsten Fellows perished in the flames, but Sissy will be given a happy new home with Fellow’s fiancé.