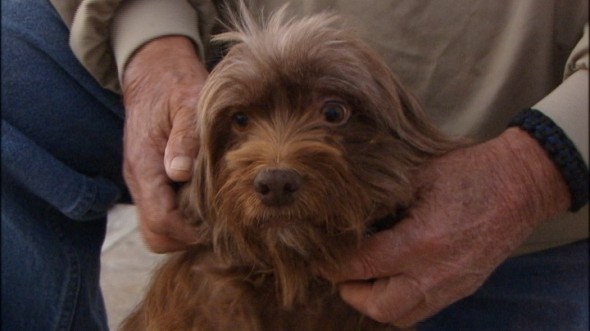 A fisherman in St. Petersburg, Florida came to the rescue of dog found treading water in Tampa Bay. Now the search is on for the dog’s owner.

A commercial fisherman spotted the dog about 2 miles from the shore on Thursday morning. He could just see the dog’s nose above the waves. The fisherman rescued the dog from the water and then took her to Demens Landing marina.

Once at the marina Tony Basile, who was paying his dock fee, took the dog quickly wrapping her up in towels and trying to get her warm.

“She shook for ten hours straight,” said Basile. “When we first found her, I didn’t think she was going to live.”

Basile thinks the dog was likely in the water for six to eight hours. He stayed by her side all night caring for her.

The dog was wearing a collar with the nametag Baby on it. Baby was taken to a local veterinarian where it was discovered she had a microchip. Baby had been reported missing two years ago, but the phone number with the microchip is disconnected.

Basile plans to keep the dog until he can find her owner. If he is unable to then he will find her a good home.