For the past two weeks, a dog has been waiting for his human to return, not really understanding that his human was taken from him by some other person.  Neighbors and passersby can see the dog, waiting patiently on his human’s doorstep, and it’s very heartbreaking.

Cassandra Eubanks, a resident in a neighboring apartment complex said, “You could just tell that he was a lost dog.” 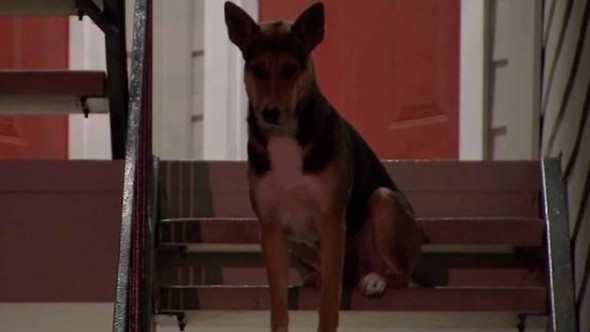 Eubanks told news outlets that the dog is there every day, all day.  If you were to pass by him, you could see the searching and longing in his eyes.  He just wants his human back.

“He would follow the cars and when he would realize that it was not his owner’s car, he would just there and look helpless,” said Eubanks.

Unfortunately, this dog’s human was killed at work.  They were a convenience store clerk, and the place he worked at was robbed.  The man was killed in the process, and the dog is left all alone.  So it begs the question, how does one explain all of this to a dog? 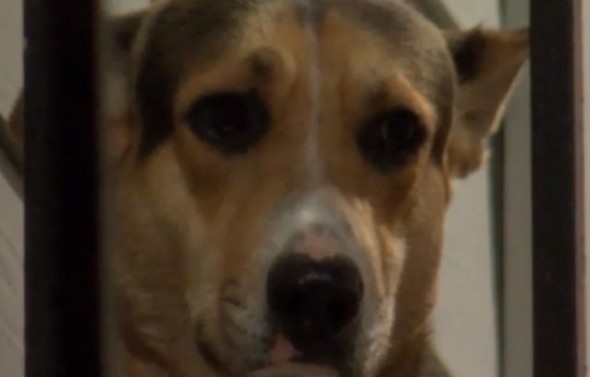 Dogs aren’t stupid.  In fact all of us dog lovers know it, and even though they my like to be silly at times, they are thoughtful, caring and loving creatures.  But how do you make a dog “understand” the complex concept of death?

“Of course he’s confused because he doesn’t know what’s going on. He hadn’t seen his owner in two weeks,” said Eubanks.

People aware of the situation are doing what they can to help.  People leave food and water, and make sure the dog isn’t in need of anything (other than the obvious, of course.  He NEEDS his human back!).  A Plea for assistance came across social media outlets, and a woman called Maranda Perez responded, along with her own dog. 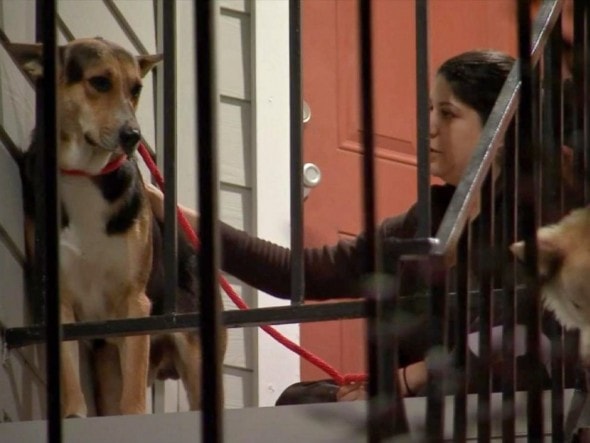 “As a German shepherd, he didn’t stand a chance,” said Perez.  “It just broke my heart to hear that the poor animal lost his owner, his best friend.”

Assisting the dog turned out not to be the easiest thing Perez has ever done.  However, thanks to her really big heart, she took the time and spent the extra effort to make sure the dog was being properly cared for.

As of the time of this articles writing, a brother of the victim has been in contact with Perez.  She’ll be keeping the dog for about a week, and then the dog will live with the victim’s brother at his home.