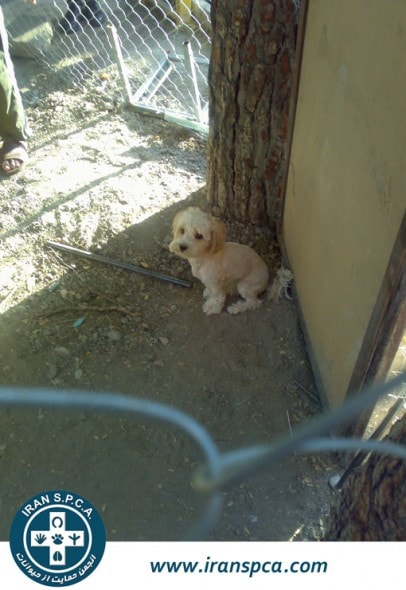 Even though Iran’s penal code does not estate that owing a dog is illegal, Islamic law deems the pets “impure” animals and forbids citizens from owning one. In the past, dog lovers did whatever they could to own a pet and keep it safe from being impounded by authorities. Many times, this meant paying high fines.

As of last month, dog owners will no longer be able to own a pet. Tehran police officials announced that anyone driving with a dog or walking a dog will be punished, and any dog found on the streets will be picked up by authorities and taken away.

In an interview Dr. Reza Javalchi, president of the Iranian Society for the Prevention of Cruelty to Animals, gave to FRANCE 24 and published on The Observers, he said that this new decision seems illogical.

According to AFP despite the strong crack down on pet owners, the demand for dogs in local markets has seen an increase in recent years.

The report also stated that in June 2010 Grand Ayatollah Naser Makarem Shirzi considered dog companionship “a blind imitation” of Western culture. He warned that family corruption and damages to societal values would arise from owning a pet.

In Iran working dogs such as sheep dogs and guard dogs have always been accepted, but what authorities now frown upon is middle class citizens keeping animals as pets just as many Western dog-loving societies do. Stray animals in Iran suffer from worse animal cruelty ever seen. City workers are allowed to shoot to death stray canines when encountered roaming the streets.

For now, dog owners are scared of losing their loved companions. Pet lovers have taken measures and now walk their dogs at night in secluded areas. They no longer feel safe taking their pets to public spaces in daylight as they once did.

Animal rights activists in Iran are questioning the legality of this latest law enforcement by authorities.

32 thoughts on “Dogs no longer welcomed in Iran”