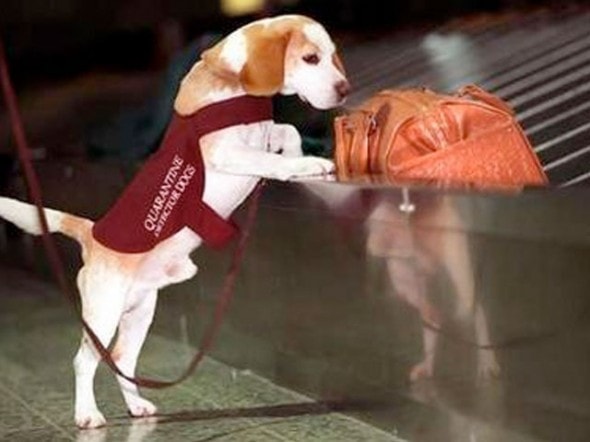 We’ve all heard politicians, business owners and mafia lords all have secret bank accounts abroad, and the law in most countries states that when an individual enters a country, taxes most be paid on possession – including cash – that surpasses certain amount. However, many people opt to smuggle money in their luggage and try to evade paying taxes, but authorities are now using dogs to sniff out large sums of cash.

The canine unit has been in place for some time now, and since April of this year, the three K-9 agents have captured 20 smugglers that carried concealed cash. So far, their greatest finding has been 200,000 euros, but they have also efficiently sniffed out smaller sums that surpass the 10,000 tax-free limit.

Smugglers and politicians alike beware! The German sniffing dogs are on to your illegal tactics.