A family watches anxiously as firefighters save their pet from a blazing inferno. 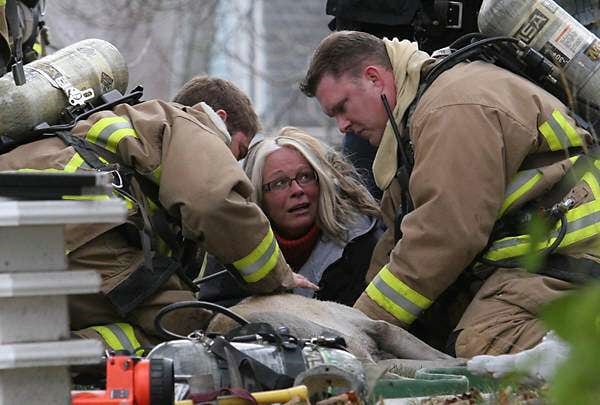 Firefighters say they don’t know what caused the fire to break out in a bedroom at a S. 6th Avenue home in Wausau Tuesday, but thankfully the blaze was brought under control quickly, leading to the rescue of a pet trapped in the burning building. A yellow Lab named Coda was found in the room where firefighters believe the fire started, sitting in a rocking chair, likely in shock. 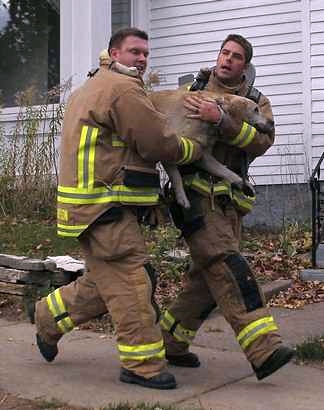 They were seen rushing from the smoldering home with Coda in their arms before placing him on a blanket and performing mouth to snout resuscitation. 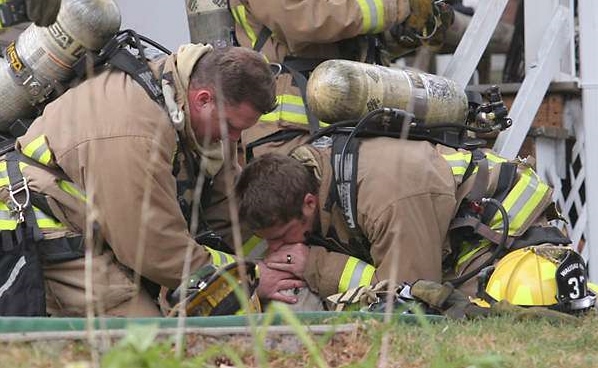 EMTs performed CPR and administered oxygen before sending him to the vet. Coda is being cared for by the VCA Companion Care Animal Hospital in Wausau: owner Todd Borchardt said Coda was well and would be coming home shortly.